Kim Him-chan, also known as Himchan of the boy band B.A.P, has been sent to court on charges of groping, the prosecution announced on Tuesday. 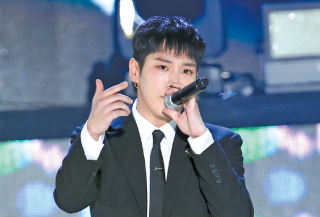 According to the Seoul Central District Prosecutors’ Office, Kim, age 29, was indicted in April for groping a woman in her 20s last July.

The woman called police on July 24, 2018, to a pension house in Namyangju, Gyeonggi, claiming that Kim had groped her against her will.

When police arrived on the scene, Kim is said to have claimed that the two “had good feelings towards each other,” while the woman stated that he touched her against her will.

Prosecution took the side of the woman after comparing testimonies from witnesses, and charged him with sexual harassment.

The first hearing will be held on July 12.

B.A.P made their debut as a six-member group in 2012, but had been performing as a four-member group since last year when members Bang Yong-guk and Zelo quit the group in August and December, respectively.

None of the members renewed their contract with TS Entertainment when it expired this February, signaling a practical termination to the name B.A.P.