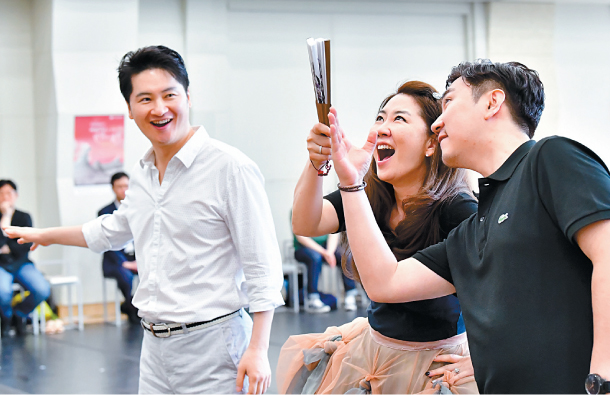 Imagine a city without rules where you can “do what you want.” Here, people can lead a loose and dissolute life, enjoying the pleasures of life - eating, making love, fighting and drinking - to no end.

For those outside of the city, it looks like a paradise full of never-ending freedom, pleasure and delight. But those living in the city begin to see the city slowly fall apart and become filled with confusion and chaos.

This was the lesson that playwright Bertolt Brecht wanted to give to those who supported anarchism and a life of excess through his opera “Rise and Fall of the City of Mahagonny” in 1930.

Mahagonny is the name of the city created by three fugitives who lead the story in this famous political satire opera. The three fugitives - Fatty the Bookkeeper, Dreieinigkeitsmoses and Leokadja Begbick - establish Mahagonny as a place where men can have fun, while the three of them profit off of them. The opera is composed by German composer Kurt Weill with the libretto by Brecht.

The opera was written in the ’20s when everything was changing, and it attempts to warn people of the time the dangers of anarchism and the excesses of capitalism. It premiered in Leipzig, Germany, in 1930, but was banned in 1933 by the Nazis and the not officially staged again until the ’60s.

Although it was created in the ’30s, the Korea National Opera believed that the “lesson is still valid for the people of today.”

The original version of the “Rise and Fall of the City of Mahagonny” takes place in the mid-19th century. But for the Korean premiere, the Korea National Opera decided to set it in an “unknown world,” according to dramaturge Lee Yong-sook, to focus the story outside of “the time when capitalism took over society following rapid industrialization, but when capitalism was embryonic.” 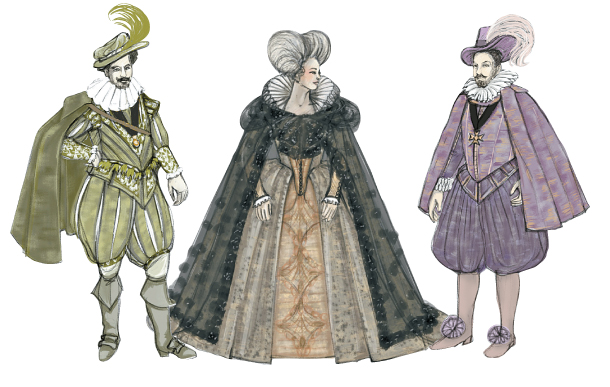 Sketches of the costumes to be worn by the three fugitives. [KOREA NATIONAL OPERA]

“The root of the criticism the opera attempts to deal with - the capitalist system and the problems of human alienation it creates - in fact goes back to the Baroque period that sought mercantilism and colonization,” said Lee. On a surreal set, the performers are dressed in extravagant, baroque-style costumes, explained Lee, “which will showcase an unrealistic combination, creating visual irony and confusion.”

The theatrical technique known as the “distancing effect,” or “Verfremdungseffekt,” is a performing arts concept coined by Brecht, which helps the audience immersed themselves in the performance while preventing them from waking up to reality, explained Lee.

For this, the Korea National Opera requested Ahn Sung-soo, the current artistic director of the Korea National Contemporary Dance Company to direct and choreograph the production. Ahn attempts to create a novel work that collapses the boundaries of opera and contemporary dance. Dancers from Ahn’s company will go on stage together with the singers to perform the “Rise and Fall of the City of Mahagonny.”


The opera will begin its four-day run at the Seoul Arts Center in southern Seoul on July 11. Tickets will range from 10,000 won ($8.70) to 150,000 won. It will be performed in German with subtitles in Korean and English.