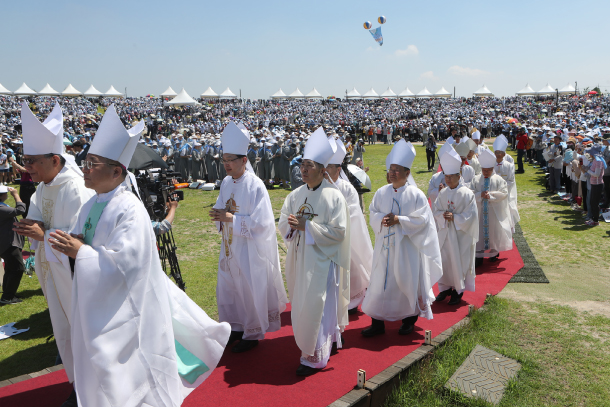 The Episcopate of the Catholic Bishops Conference of Korea walk to the podium to hold a mass in a park near Imjin Pavillion in Paju, Gyeonggi, to pray for the peaceful reunification of the Korean Peninsula on Tuesday, the anniversary of the start of the Korean War 69 years ago. The last large-scale mass to pray for peaceful reunification was celebrated in 2011. [YONHAP]