Yoon Duk-byung, president and founder of Korea Yakult and pioneer of the Korean fermented dairy product market, died Wednesday morning at the age of 92.

Korea Yakult announced his death in a statement Wednesday. 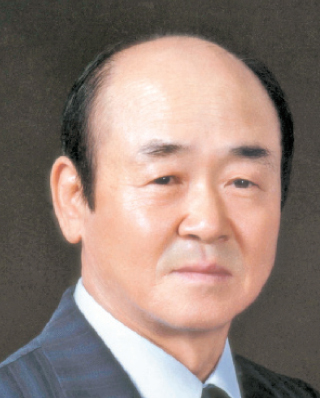 His career was defined by his drive to make Yakult - a probiotic dairy product originally developed in Japan and made with milk and lactobacillus bacteria - a widely recognized and regularly consumed health drink in Korea. Yoon was the first to introduce, manufacture and sell Yakult in the country in 1971.

He was known especially for his employment of an all-female delivery force.

Born in 1927 in Nonsan, South Chungcheong, Yoon firmly believed that the fate of Korea’s livestock industry is dependent on dairy processing. He founded Korea Yakult in 1969, with a vision of supporting a healthy society.

Yoon, who graduated with a degree in political science and diplomacy from Konkuk University, led the company for 50 years until his death.

In 1976, he established the first central research center for the Korean food and beverage industry. It developed its own lactobacillus 20 years later and is still at the center of lactobacillus research in Korea.

When first introducing Yakult to Korea, he exclusively hired housewives as salespeople in a bid to create jobs for women. The employment program, praised by many, helped Yakult become an iconic brand and one of the best sellers in the country.

During his life, Yoon generously provided monetary support for children and young people in need, and regularly visited nursing homes and nurseries. His aid foundation has been providing scholarships and financial assistance for students from low-incomes families since being established in December 2010.

His funeral will be held at Seoul National University Hospital in central Seoul through Friday.