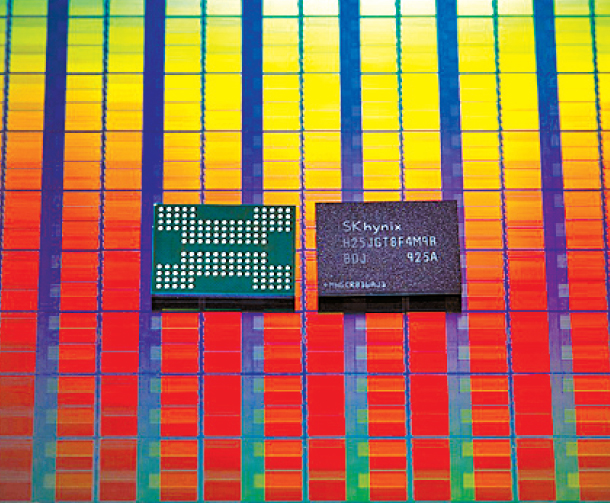 The development comes eight months after the company developed the previous generation, the 96-layer NAND flash.

Shipping of the 128-layer NAND flash will begin in coming months.

The Korean chipmaker said its latest chip offers the highest density for a triple-level cell (TLC) NAND flash. It stores 1 terabit of data in total. It is the first time a TLC NAND flash that stores 1 terabit data has been commercialized, according to SK Hynix.

On each cell of a TLC NAND chip, 3 bits of data is stored. Depending on the amount of data stored in each NAND cell, the chips can be categorized into single-level cell, multi-level cell, triple-level cell and quadruple-level cell.

The company said that use of its 1 terabit NAND flash will cut the number of NAND chips necessary for a smartphone with 1 terabyte internal storage, currently the largest capacity for a phone, to half.

While multiple layers of memory cells are stacked vertically in three-dimensional structure as well, SK Hynix moved peripheral logic circuitry, which make major decisions for cells, to underneath flash cells to make chips smaller and efficient.