Shin Dong-joo, his brother, the eldest son of Lotte founder Shin Kyuk-ho and former vice chairman of Lotte Holdings, was not returned to the board. 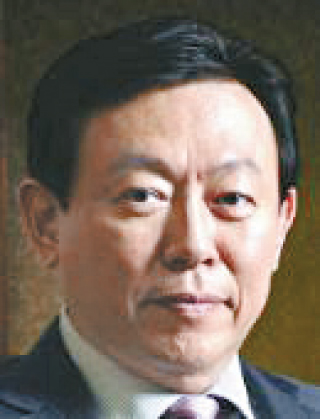 At the Lotte Holdings annual meeting in Tokyo, shareholders voted to keeping Shin Dong-bin on the board. They voted against appointing Shin Dong-joo as director, dashing his hopes of regaining a seat.

Lotte Holdings, the Japanese company, is a major shareholder of Lotte Hotel, which owns stock in various Lotte companies in Korea.

Since July 2015, when the two brothers started battling for influence within the group, Shin Dong-bin has regularly come out on top during shareholder meetings in Japan.

Shin Dong-joo, the older brother, was ousted as the Lotte Holdings vice chairman in late 2014 and was dismissed from board positions at four Lotte subsidiaries, including Lotte International and Lotte Property & Development.

He is expected to continue fighting for return to the board.