Amorepacific will continue to sponsor the Mise-en-scene Short Film Festival (MSFF), one of the most prestigious short film festivals in Korea. It has been 18 years since the company first became involved in expanding the foundation and finding new talented directors.

In the early 2000s, director Lee Hyun-seung, who wanted to produce a film with a new concept, teamed up with prestigious directors who represent the Korean contemporary film industry and Amorepacific, which believes in the power of culture and art, to create the film festival.

The official name of the film festival - Mise-en-scene Short Film Festival - refers to the design aspects of a movie. Mise-en-scene is also the name of a hair product brand from Amorepacific, which has sponsored the MSFF for the last 17 years.

The names of each category in the festival are picked by prestigious movie directors in Korea, who explore the concept under the concept of “Beyond the Barrier of Genres.” 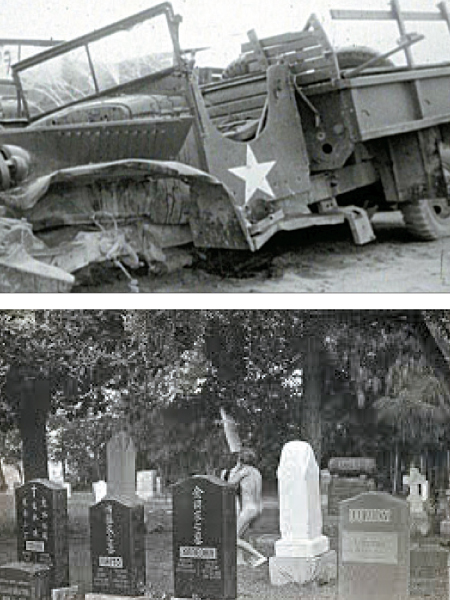 Kim Ki-young’s “I am A Truck” and Ha Gil-jong’s “The Ritual for a Soldier” will be screened at this year’s festival to celebrate the 100th anniversary of Korean movies. [AMOREPACIFIC]

The films are categorized in five different categories: “A City of Sadness,” “A Short Film about Love,” “The King of Comedy,” “The Extreme Nightmare” and “The 40,000 Blows.”

Park Chan-wook named the category that deals with social issues as “A City of Sadness,” motivated by a historical drama film directed by Hou Hsiao-hsien. Hur Jin-ho and Kim Dae-seung selected Krzysztof Kieslowski’s “A Short Film About Love” to name the category for romantic films.

In addition, Bong Joon-ho drew inspiration from Stephen Chow Sing-chi’s “The King of Comedy” for the comedy category, while Kim Jee-woon and Jang Joon-hwan named the horror and fantasy category after “The Extreme Nightmare.”

Lastly, Kim Sung-soo and Ryoo Seung-wan named the action and thriller category as “The 40,000 Blows,” slightly modifying “The 400 Blows” directed by Francois Truffaut.

Since the Mise-en-scene Short Film Festival’s launch in 2002, Amorepacific has provided corporate support without directly running the festival due to its belief that genuine support in culture and the arts makes the film industry more beautiful.

“We are thankful for Amorepacific for not intervening in the management of the Mise-en-scene Short Film Festival before it takes its place in the film industry,” said Lee Hyeon-seung, chairman of the festival committee, praising Amorepacific’s spirit of entrepreneurship.

A series of posters that have advertised the Mise-en-scene Short Film Festival (MSFF) since its launch in 2002. [AMOREPACIFIC]

In fact, Amorepacific’s strong belief has contributed to the growth of the festival. The number of open contest entries has renewed its annual record, as there was a rumor that the total number of Korean short films is equal to the number of entries to the festival.

Amorepacific will continue to support short films with various genres, unique directors, actors and artists, and encourage more filmmakers to get into the larger world of film.

This year’s 18th Mise-en-scene Short Film Festival opened at Amorepacific headquarters on June 27 and will continue to run until July 3 at the CGV Yongsan Ipark Mall.

A total of five films with will be awarded, one in each category, and a best film award will only be given if all the judges agree. The honorary best film award has only been given to four filmmakers.

Commemorating the 100th anniversary of Korean movies, early Korean short films including “I am a Truck” and “The Ritual for a Soldier” will be screened on June 29 and July 1.

In addition, a special exhibition that introduces the female outlook on the world through the works of female directors will be held at Amorepacific headquarters from July 1 to 2.

Tickets for the Mise-en-scene Short Film Festival can be purchased from the official website of CGV starting Thursday, June 13.

More details can be found on the festival’s website (www.msff.or.kr).