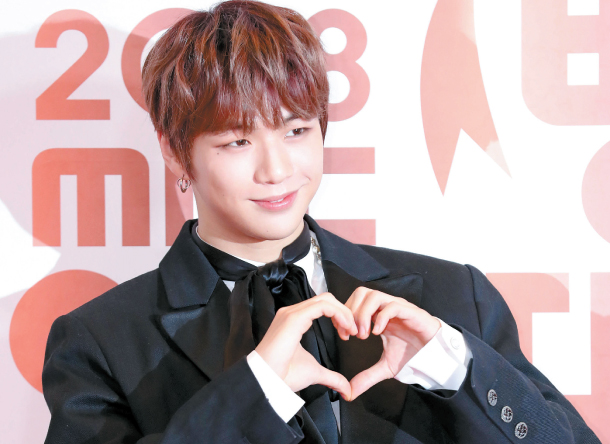 Singer Kang Daniel will be making his long-awaited debut in late July, according to his newly-founded agency Konnect Entertainment on Thursday. Kang filed for an injunction to the court to have his contract with LM Entertainment nullified, then founded his new agency on June 10. [ILGAN SPORTS]

Singer Kang Daniel, a former member of project boy band Wanna One, will finally be making his long-awaited debut in late July, his agency Konnect Entertainment said on Thursday.

According to the agency, which Kang founded on June 10, the singer has finished recording the songs for his debut EP, which will be released by the end of July. He uploaded a picture of a paper stuck on the wall of a dance studio which reads “begin again” on Instagram, signaling his imminent debut. Producer Kei Lim produced Kang’s first EP.

“Kang has been planning his solo career since January, after he ended his time with Wanna One,” the agency said. “He recently founded his one-person agency Konnect Entertainment and began preparations for his debut.”

Kang made his television debut in 2017 with cable channel Mnet’s audition program “Produce 101” and won his way into the 11-member project band. He performed with the band for a year and a half until December 2018, and came back to LM Entertainment, his original agency with another member of Wanna One, Yoon Ji-sung.

Yet in February, Kang filed an injunction to the court to have his exclusive contract with the agency terminated, claiming that the terms of the contract between the two parties were invalid and should thus be nullified.

The two parties were supposed to have met in court for their first hearing in April, but it was postponed when LM Entertainment requested the date be pushed. LM immediately appealed when the court took Kang’s side on May 10. They met for another hearing on Wednesday morning at the Seoul Central District Court.

“Because the court took in all of Kang’s claims last time, people believe that all their allegations are true,” LM Entertainment said in court on Wednesday. “Kang can continue his career without the injunction, but our reputation and the relationships we built in the industry will be ruined with the decision.”

LM added they are “willing to work together with Konnect Entertainment,” to which Kang’s attorney answered, “My client’s trust has been jeopardized and he has no desire to continue the contract. That is the reason he founded his agency.”

The court set the decision date to July 10.