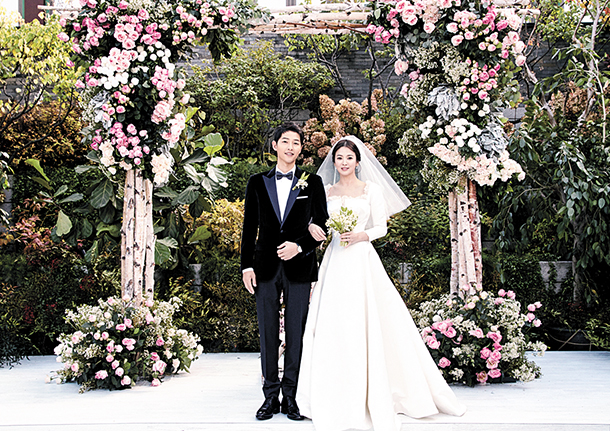 According to Park Jae-hyeon, Song Joong-ki’s lawyer, divorce papers were submitted to the Seoul Family Court on Wednesday on behalf of his client, signaling the beginning of an official breakup between the two.

“I am so sorry to deliver bad news to those who love and care for me,” said Song Joong-ki through an official press release.

“We hope that we will be able to figure things out smoothly, rather than criticizing each other for our faults. Even though it is difficult to discuss the details of the divorce, I hope to return with good work after I overcome all the hurt in my heart.”

Although the news broke on Thursday, fans had already been suspicious that the two had not been on good terms. According to industry insiders, the couple had been living separately for months, and were even spotted in pictures without their wedding rings.

The two met while filming the KBS drama “Descendants of the Sun” in 2016, and tied the knot in October 2017.