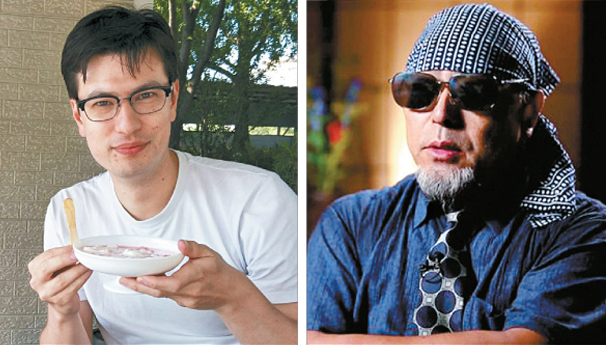 An Australian graduate student was detained in North Korea, according to the Voice of America, making him the second foreign national reported to be seized in Pyongyang this week.

On Tuesday, a Japanese newspaper reported that the ruling Kim family’s former chef had been arrested.

The Australian student, identified by the media as Alek Sigley, a graduate student of Korean literature at Kim Il Sung University in Pyongyang, was last heard from on Monday afternoon when he uploaded to Twitter a photo of new signage at the entrance of the unfinished Ryugyong Hotel with the comment, “A sign that it will soon be open for business?”

In its report Wednesday, the Voice of America quoted a source who claimed Sigley had been arrested by North Korean authorities late Monday evening or Tuesday. The reason for his detention remains unknown. Pyongyang made no confirmation of the seizure.

As a regular contributor to media reports on North Korea and an operator of Tongil Tours, a travel agency he founded, Sigley made almost daily posts about his life in Pyongyang on social media. According to the Australian Broadcasting Corporation, his friends reported him missing earlier this week.

The Australian Department of Foreign Affairs and Trade confirmed that it was providing “consular assistance” to Sigley’s family and was “urgently seeking clarification” on his suspected detention.

News about the Australian student followed a report by Japanese outlet Daily Shincho a day earlier saying that Kenji Fujimoto, who worked as former North Korean leader Kim Jong-il’s personal chef from 1989 to 2001 and wrote books about his experiences, had been arrested in Pyongyang.

Fujimoto claimed to have been the sushi chef for the former North Korean leader, and after his alleged escape, shared his experiences with the Kim family with the international media. He provided one of the earliest descriptions of the North’s current leader, Kim Jong-un, when he succeeded his father in December 2011.

At the new leader’s invitation shortly after his rise to power, Fujimoto visited Pyongyang in July 2012, followed by subsequent visits. In early 2017, he reportedly opened a sushi restaurant in Pyongyang called Takahashi and hadn’t been back to Japan since, according to the North Korea-focused outlet NK News.

Quoting a Japanese intelligence official, the Daily Shincho report alleged that Fujimoto could have been taken into custody due to his “past betrayal.” While it remains unclear what such a betrayal refers to, Fujimoto had said in Japan that he feared being targeted by North Korean agents, though this did not stop him from writing multiple books on the North’s rulers or appearing on many television programs.

Analysts say by detaining citizens from Australia and Japan, two of the closest allies of the United States in the Pacific, Pyongyang may be trying to use Sigley and Fujimoto as leverage to improve its position in denuclearization talks with Washington. Kim Jong-un’s decision to release three American hostages in May last year ahead of his first summit with U.S. President Donald Trump served as a useful gesture of goodwill that Trump later described as one of his greatest accomplishments in dealing with Pyongyang.

Yet given that neither Sigley nor Fujimoto are U.S. citizens, there may not be an overarching political agenda behind their seizures.

“The two are not Americans, so it looks unlikely that [North Korea is attempting] hostage diplomacy [with their capture],” said Shin Beom-chul, director of the Center for Security and Unification at the Asan Institute for Policy Studies, a South Korean think tank. “If word of a worsening economic situation in North Korea gets out, it may negatively affect denuclearization talks with the United States, so [Pyongyang] may have felt the necessity to clamp down.”