A cover for a cause

A cover for a cause 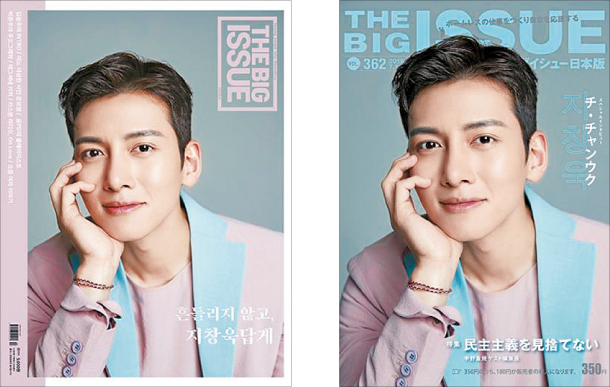 Korean actor and musical star Ji Chang-wook, who was recently discharged from the military, made a meaningful comeback as the cover model for the latest edition of The Big Issue, a monthly magazine whose proceeds go to the homeless community. Ji’s agency, Glorious Entertainment, announced Friday that he had a photo shoot for both the Korean and Japanese editions of the publication. [THE BIG ISSUE]