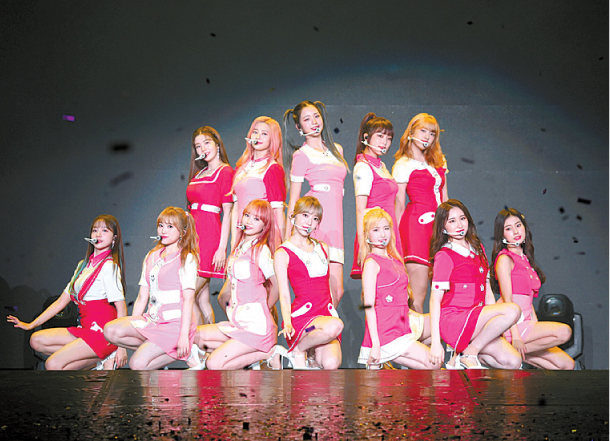 Girl group IZ*ONE wrapped up their “IZ*ONE 1st Concert [EYES ON ME] in Taipei” in front of a crowd of 4,000 on Saturday.

At Taipei’s Xinzhuang Gymnasium, Taiwan, IZ*ONE performed fan favorites like “La Vie en Rose,” “Violeta,” “Up” and “We Together.”

The group also showed off their performances from Mnet’s idol competion show “Produce 48.” IZ*ONE is made up of the top 12 winners of the show, including three Japanese members.

Prior to visiting Taiwan, the group performed their first ever overseas concert in Thailand on June 16.

The group is set to hold more concerts in Asia this summer. They will perform in Hong Kong on July 13 and make four stops in Japan - Makuhari Messe, World Memorial Hall, Marine Messe Fukuoka and Saitama Super Arena.

IZ*ONE has been doing well in Japan. Their latest Japanese single “Buenos Aires,” released last Wednesday, sold 190,000 copies on the day of release and topped the Oricon Daily Singles Chart.