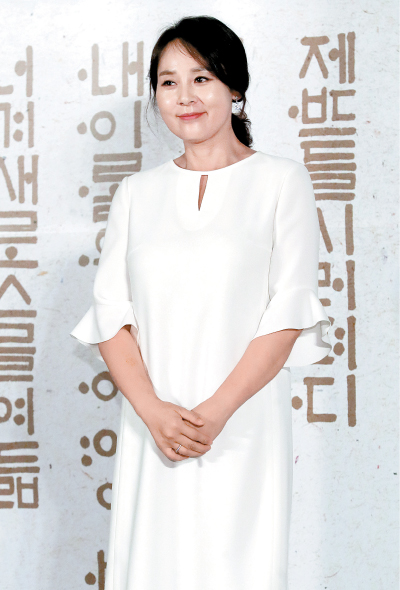 Actor Chun Mi-sun was found dead at a hotel in Jeonju, North Jeolla, on Saturday morning. She was 48.

Chun’s manager found her body at around 11:43 a.m. on the bathroom floor of the hotel where she was staying while performing in the play “Two Nights and Three Days with My Mommy” at Chonbuk National University Culture Center in Jeonju.

Paramedics declared Chun dead at the scene and the case was handed over to the police. Although investigations are still ongoing, early reports suggest the police are treating Chun’s death as an apparent suicide.

“We’ve checked CCTV footage of the hotel but found no one else entering Chun’s room,” a police statement said. “There is no evidence pointing to murder and no suicide note was found.”

Chun was reported to have checked into the hotel alone at around 1 a.m. on Saturday and last talked to her father on the phone at 1:40 a.m.

According to an official statement released by Chun’s agency Boas Entertainment on Saturday, Chun “was suffering from depression and was receiving treatment.”

According to a police insider, Chun was said to have been despondent recently as one of her family members had passed away and her mother was ill.

Chun appeared in public on Tuesday for a press conference to promote “The King’s Letters,” set to be released on July 24. Chun appeared alongside fellow actors Song Kang-ho and Park Hae-il and was visibly excited to promote the film and be reunited with the cast of “The Memories of Murder” (2003), which she had also starred in with Song and Park.

During the press conference, Chun was the one to comfort director Cho Chul-hyun and pass him tissues as he broke down in tears while mentioning his late mother.

Chun’s death came as a huge shock to the public, especially as she was still very active. As well as “The King’s Letters,” Chun was scheduled to start filming for a role in KBS 2TV drama series “The Joseon Romantic-Comedy Tale of Nok-du” (literal translation), set to air from September.

A 2 p.m. performance of “Two Nights and Three Days with My Mommy” was canceled on Saturday, but performances resumed at 6 p.m. that day with an understudy taking over the lead role.

The organizers of “The King’s Letters” have also hinted that the movie’s release date could be delayed.

“We show our deepest condolences for the actor. We will announce the film-related schedules after discussion,” said an official statement.

Although Chun had not started filming for the upcoming KBS 2TV drama yet, the organizers also expressed their condolences for the actor.

Chun’s funeral will be held at Asan Medical Center in southern Seoul from Sunday.