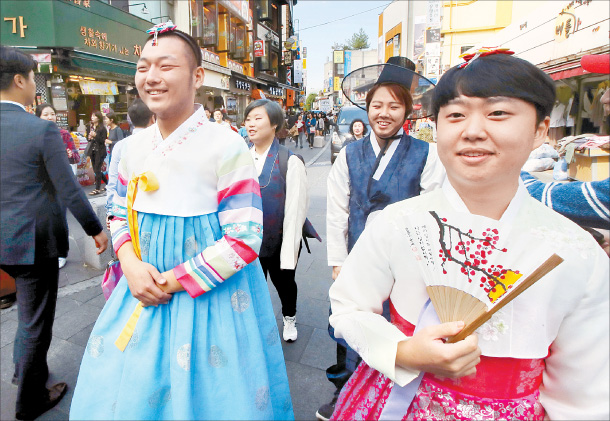 Starting today, if male visitors are wearing women’s hanbok (traditional Korean dress), they will be allowed free admission to royal palaces, like anyone else wearing the traditional Korean garb. In attempt to encourage people to wear “appropriate hanbok that suits the ambience of the palaces,” the Cultural Heritage Administration drew up guidelines that excluded those wearing the opposite gender’s garments from receiving free admission. Yet after human rights groups criticized the rules for being discriminatory, the administration decided to make changes to the guidelines. Above, LGBTQ advocates walk around Insa-dong, central Seoul, in opposition of the administration’s regulation in 2016. [YONHAP]