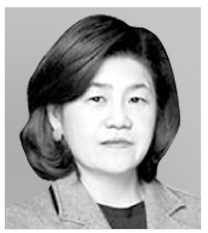 Unsurprisingly, President Moon Jae-in received a cold shoulder from Japanese Prime Minister Shinzo Abe at the Group of 20 summit in Osaka, Japan. During his time in Osaka, Moon only got an eight-second handshake on the photo line with the host. Reporters noted that the two endured each other’s company for 20 seconds at best.

Moon had to swallow his humiliation at the dinner banquet as well. Abe shared the head table with major leaders — Donald Trump of the United States, Vladimir Putin of Russia, Xi Jinping of China, Emmanuel Macron of France, Angela Merkel of Germany, Narendra Modi of India and Justin Trudeau of Canada. Moon and the first lady were seated at the next table.

Conscious of the face-losing scene in the neighboring country, Moon on his flight back home on Saturday tweeted a post to add meaning to his visit to Osaka. He emphasized the trust among state leaders and recalled that he had summit talks with Xi, Putin and was separately meeting Trump in Seoul. He stressed that he had met with Xi and Putin five times and would be meeting Trump for the eighth time. He vowed to continue with efforts to mend ties with Japan.

History has always been detrimental to the Korea-Japan relationship. The latest spat over past issues has spilled beyond the political realm to interrupt the everyday lives of the people. One ethnic Korean sighed that he would have to close several locations of the restaurants he runs in Tokyo. He said corporate customers have stopped holding dinners at his place. Employees get calls from the accounting team asking why they had dined at a Korean restaurant.

Another ethic Korean who runs a used car dealership in Japan said deals have sharply fallen from this year. Administrative grants to Korean license holders have become complicated, with officials demanding interviews or documents. Other discriminative examples are abundant. In a meeting with Moon in Osaka, Korean-Japanese businessmen complained their lives and business would be hurt if the frosty relationship protracts.

Japan has already taken unofficial retaliatory steps for the Korean Supreme Court rulings demanding Japanese companies to individually compensate former workers during the colonial period. Seoul may be deferring actions because big companies like Samsung and LG are yet to be affected. Or the government may intentionally be turning a blind eye. Foreign Minister Kang Kyung-wha vowed Seoul won’t tolerate it if Tokyo takes retaliatory measures. But there is not much Seoul can do if it happens.

The bitterness so far has not reached ordinary people. Last year, 7 million Koreans visited Japan and 3 million Japanese people came to Korea. But appearances can be deceiving. “There can be more than meets the eye,” said Yukiko Fukagawa, professor of Waseda University and expert on Korean affairs. If the relationship had been normal, Korea could have sought Japanese wisdom to solve youth unemployment and population aging.

I was able to hold deep conversations with people in Japan during a month stay. Most were frustrated by the deadlocked dialogue and rigidity in leadership. Past issues always pose a problem for the two states. Korea never recovered from the perception that it is the victim and Japan the offender because it could not play an active role during the tragic evolution from colonial rule to war and division. But nothing can change the past.

No matter how many times Japan apologizes and makes financial compensations, the crime and immorality of forced colonization does not go away. The victims cannot forgive and forget. But the scars can heal gradually if bilateral relationship moves forward. Envisioning a reciprocally beneficial future is the only way to atone for the past.

If Abe wins this month’s election, he could become the longest-serving leader in Japanese history. He must build a reputation befitting the new legacy. Abe’s family roots are in Yamaguchi, the birth place of the clan that led the aggression on Joseon and Japan’s modernization. He has the key to end that tragic history.