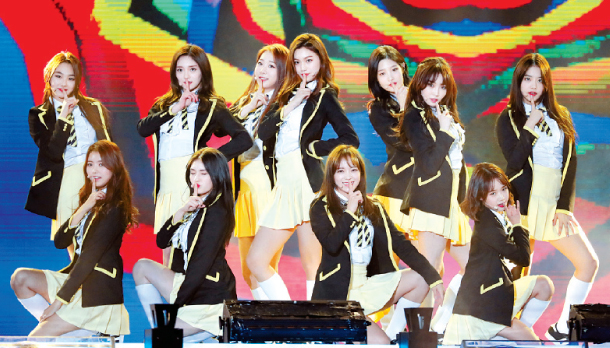 Girl group I.O.I will make a comeback in October, the group officially announced on Monday.

“I.O.I will be making a comeback with nine members with a new album in October,” the group said through a press release Monday.

According to Swing Entertainment, the agency that will manage the reformed I.O.I, the new edition of the group will include Kim Se-jeong, Choi You-jeong, Chungha, Kim So-hye, Zhou Kyul-kyung, Jung Chae-yeon, Kim Do-yeon, Kang Mi-na and Lim Na-young.

This will be the first music released under the name I.O.I in two and a half years, after the group bid farewell to fans in January 2017. Studio Blue will be in charge of production.

I.O.I made its debut as the winning 11 contestants on Mnet’s audition program “Produce 101” in 2016, and spent half a year together as a group.

During that time they released hits such as “Dream Girls,” “Whatta Man” and “Very Very Very,” all in 2017.

Each member then went back to their own agencies and either debuted as part of other girl groups - such as Weki Meki for Choi You-jeong and Kim Do-yeon - or as a solo singer, such as Chungha.

“They said goodbye to fans at their last concert in 2017, but they have kept their promise and came back,” the agency said.

“We look forward to the good performance to be put together by the members in such a long amount of the time.”