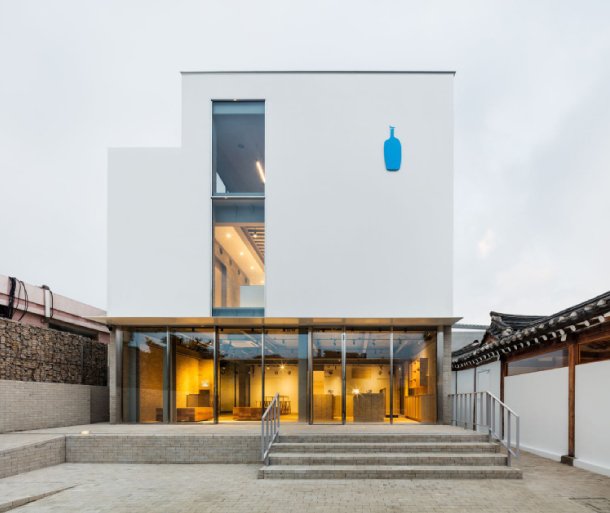 The location is near Gyeongbok Palace and it overlooks the National Museum of Modern and Contemporary Art. Blue Bottle explained the location fits well with its mission to “offer a valuable experience based on craftsmanship.”

The three-story building was designed by Jo Nagasaka, who also designed Blue Bottle’s first store Korea, which is in Seongsu-dong, eastern Seoul.

Next to the main building is a small hanok, a Korean-style traditional house, that was preserved on the outside and renovated on the inside.

Reservations for the space will be taken from late July.

About 400 customers came to the Seongsu branch on its opening day. Long lines formed and the wait was hours.

According to the Oakland, California-based company, the third Blue Bottle store in Korea is set to open near Coex in Gangnam, southern Seoul, in the second half of the year.