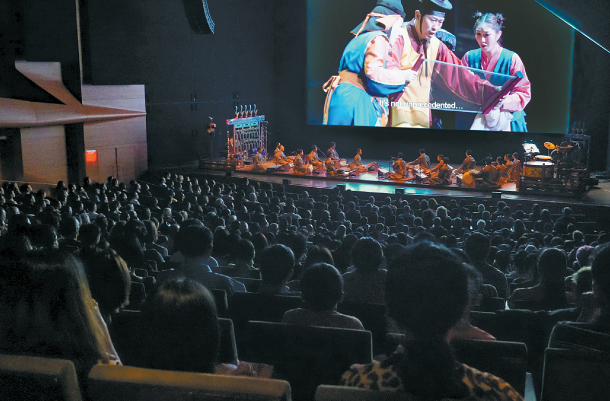 The National Gugak Center premiered its “Kokdu: A Story of Guardian Angels,” which is a performance of gugak (Korean traditional music) along with a film, at the Lincoln Center in New York on June 29. The work was part of the New York Asian Film Festival. According to the center, “Kokdu” weaves between cinematic storytelling and a theatrical piece as it explores Korean myths and traditions. [NATIONAL GUGAK CENTER]