Health care and a hug

Health care and a hug 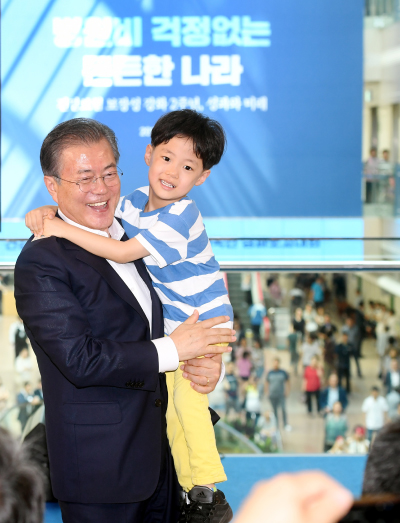 President Moon Jae-in takes a photo with a child at the National Health Insurance Service’s Ilsan Hospital in Goyang, Gyeonggi, on Tuesday at an event to mark the second anniversary of the implementation of his administration’s public health care scheme. He said that his government will stick to the “Moon Jae-in Care” plan, which aims to expand the state-run health insurance program’s coverage, especially for the underprivileged, children and the elderly, adding that medical costs for the public have decreased since last year. [JOINT PRESS CORPS]