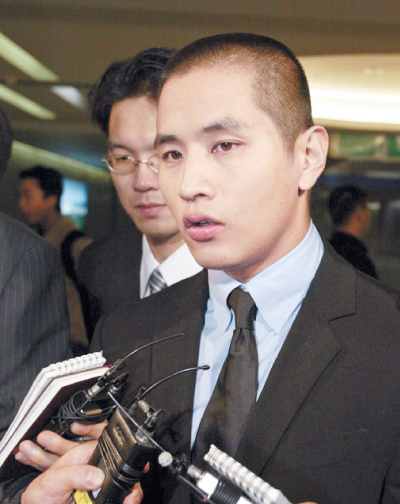 The Supreme Court will make a ruling on July 11 over whether it is legal for the government to ban singer Yoo Seung-jun from entering Korea, the court announced on Thursday.

Yoo, also known as Steve Yoo, filed a suit against the Korean Consulate in Los Angeles for its decision to deny Yoo his visa to Korea, which has prevented him from entering Korea since 2002.

Yoo was a popular singer in the 1990s, but faced public backlash when he attained U.S. citizenship to evade his two-year mandatory military service in 2002, although he had said that a “Korean man should go to the military” on TV on a number of occasions.

The Ministry of Justice has prohibited Yoo from entering Korea based on article 11 of the Immigration Act, which states that the justice ministry can prohibit anyone it deems “highly likely to engage in any conduct harming the interests or public security of the Republic of Korea.”

Yoo first filed his case against the Korean Consulate through a Korean law firm in September 2015 when it refused to issue him a visa. The first and second ruling by the court dismissed Yoo’s case explaining that he may “discourage active soldiers’ morale and encourage young children to evade the military.”

The Supreme Court will make its final ruling at 11 a.m. on July 11.