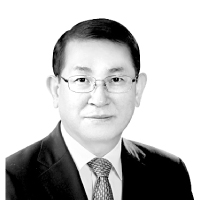 Kim Chang-gil
The author is the director of the Korea Rural Economic Institute.

Albert Einstein once said, “The definition of insanity is doing the same thing over and over again, but expecting different results.” It is advice that Korean agricultural and farming communities need as they pursue new challenges and innovation. Recently, I attended the Group of 20 (G-20) Meeting of Agricultural Chief Scientists (MACS) in Tokyo to discuss key issues of global agricultural research and study the examples of agricultural technology applications in Japan. Today, Japan promotes demand-based agricultural technology development and spurs innovation in research and development (R&D) — such as utilizing “living labs” — to find its growth engines for the future.

As in Korea, the future of Japan’s agriculture is not very hopeful due to the rapid aging of the agricultural population and workforce. But Japan already drew up a basic plan in 2013 to create dynamism and promoted international competitiveness by shifting to aggressive agriculture in 2016. The policy focuses on leading agricultural changes with data-based artificial intelligence (AI) technology innovation.

At a cabinet meeting in 2017, Tokyo established a new market creation plan for life sciences and engineering to promote a smart agriculture — using AI, Internet of Things (IoT) and robotics. Living lab — which is called a “user participation innovation space” and allows users to resolve problems for themselves — was introduced to get consumers and users involved in technology.

Kazuo Kyuma, chairman of the board of Japan’s National Agriculture and Food Research Organization (NARO), had been a vice president at Mitsubishi Electric Corporation. He said that what is needed now is a reversal to turn the crisis into business opportunities. He installed an agricultural information research center integrating AI and data. He set a goal to hire 200 AI researchers by 2023. Japan is making various efforts to transform agriculture a new growth industry.

Agricultural R&D requires basic science and technology and long-term public investment. Last year, the Korean government invested 20 trillion won ($17 billion) in R&D, and 1 trillion won was on the agricultural sector. For agricultural and science technology policy to achieve results in the future, our supplier-oriented R&D policy paradigm should be drastically changed to tapping the dormant demand for basic research and new technology development.

Moreover, a plan to organize a team to find the demand for technology should be set up to discover what technologies our farmers and agricultural groups need, and provide assistance to such businesses. A living lab should be adapted and utilized for R&D. And at the same time, an innovative platform that interested parties can participate in should be established. 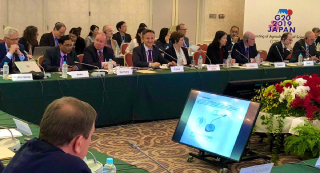 The future of Korean agriculture is grim unless agricultural technology is innovated for consumers. The government’s agricultural science and technology policy should not fall behind the rapidly changing fields. As agricultural R&D is related to global changes in climate and bio-economy, it will determine the future of the country. The Korean government has been promoting a smart farm innovation valley project, which incorporates production and distribution R&D, since last year. The project should become a base for policy experiments and promotion of new convergence technologies.

The fourth industrial revolution will be an opportunity for those who are prepared, but will be a crisis for the unprepared. We don’t have much time left.