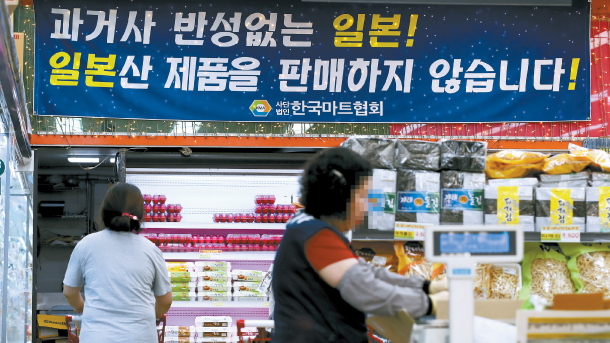 A banner at a grocery store in Eunpyeong District, northern Seoul, on Friday says that it no longer sells Japanese products as Japan is not apologizing for its past war crimes. There has been a growing campaign to boycott Japanese goods and tourism as tensions between Japan and Korea continue to grow over the Japanese government’s recent retaliatory action in protest to the Korean Supreme Court’s ruling in October last year that ordered Japanese companies to compensate Korean forced laborers. [YONHAP]