100 days with a little less plastic

100 days with a little less plastic 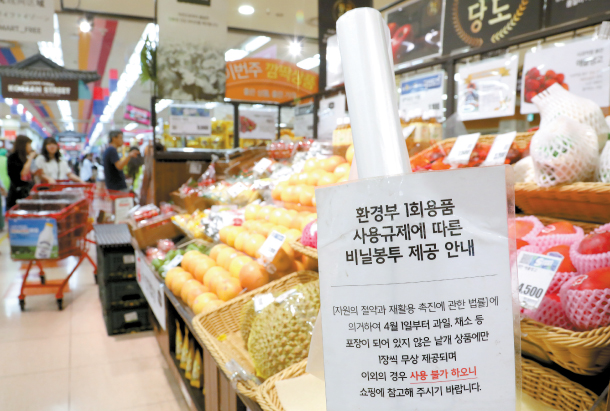 A sign in front of a fruit stand at Lotte Mart’s Seoul station branch on Monday alerts customers that since April 1, the discount chain is only providing a single plastic bag for unwrapped fruits and vegetables. According to retailers, since a law change in April, the use of plastic bags within stores has dropped significantly over the last three months. Lotte said it has seen a 70 percent decline when compared to a year ago. July 9 marks the 100th day since the restricted use of plastic bags began. [YONHAP]