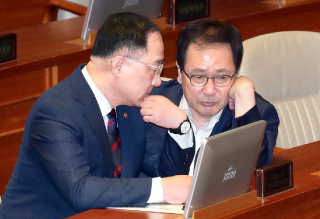 In 2009, 299 stuffed birds were stolen from Britain’s Natural History Museum in Tring, England. The thief was Edwin Rist, a 19-year-old flutist. He was targeting bird feathers. He stole feathers from the museum to use for fly fishing. Rare bird feathers are coveted items for fishing enthusiasts who want to make special fly lures. As birds like the birds of paradise are protected species, hunting and trading of them are banned. There’s always more demand than supply in the market. It is a monopolistic market.

Monopoly is the enemy of free trade, which is a core element of market economy. Suppliers can freely set prices and volumes to make profits. Monopolies become unavoidable because of their dominant status. China can weaponize rare earth metals, as their quantity is rare. One can also have a monopolistic status when one has outstanding and irreplaceable technology.

The three semiconductor materials that the Japanese government is banning from exporting to Korea are such cases. Japanese companies make 90 percent of the photoresists made worldwide, for example. So some people are worried that Korea’s semiconductor producers won’t last a few months.

Korea is responding hastily to the precision attacks by Japan. The government is considering bringing the case to the World Trade Organization and producing materials domestically. People have begun to boycott Japanese products. It is meaningful and necessary, but I think they are building a fire prevention system rather than extinguishing the fire when it is approaching.

There are priorities when resolving problems. Behind the trade dispute is Japan’s discontent that Korea is not keeping its promise over the compensation claim for wartime victims of forced labor and the comfort women agreement. I think seeking a diplomatic solution should come first. While Korea is stirred by Abe’s wicked plot, China’s state-owned Tsinghua Unigroup declared that it would advance into the D-ram business and rekindled its ambition to rise in the semiconductor sector. Korea’s dominant status as a semiconductor power is threatened. We don’t have time to calculate and fumble.