An award-winning journalist has been booked on charges of secretly photographing a woman’s legs last week at a Seoul subway station, police said Monday.

Kim Sung-joon, 56, hosted the 8 p.m. prime time news show for SBS, one of Korea’s three main broadcasters, before he was assigned to work as a commentator at the station in 2017. 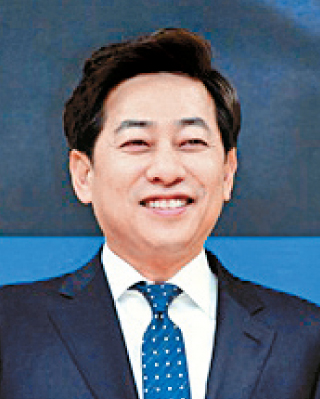 Kim began his career at SBS in 1991 as a reporter covering social news and climbed the ranks throughout the decades before leaving the company on Monday, shortly after a local media outlet broke the news about his arrest.

Neither Kim nor SBS has made an official statement on the charge yet. Police revealed few details of the case, saying the investigation was ongoing.

Seoul police said Kim denied he took a photo of the woman at Yeongdeungpo Station in western Seoul last Wednesday night when officers first nabbed him.

A photo of the victim’s legs, however, was found by police after they confiscated Kim’s phone and checked his photo album. It is unknown whether Kim continued to deny the allegation even after this, or whether he was confronted by police in person at Yeongdeungpo Station.

According to Star Today, which first broke the news about Kim on Monday morning, Kim was at Yeongdeungpo Station at around 11:55 p.m. on Wednesday when he started secretly taking a photo of a woman’s legs from behind her.

A passerby saw Kim taking the photo, told the victim that her photo was taken and called the cops. Officers arrived at an unidentified location and arrested him.

After a round of questioning, Kim was released but booked without physical detention on charges of violating the Act on Special Cases Concerning the Punishment, etc. of Sexual Crimes.

Under Article 14 of the act, a person who takes photos of another person’s body by using a camera or similar mechanism against that person’s will can be punished up to five years in prison or receive a fine of up to 10 million won ($8,460).

Police on Monday said Kim was likely to be summoned for questioning soon.

Kim anchored SBS’s evening prime time news show from 2011 to 2014 and from 2016 to 2017. After becoming a commentator in 2017, he hosted a radio news program every weekday from that September. Another person has been hosting the show since last Thursday.

In 2013, Kim was awarded the best anchor award by the Korean Broadcasters Association.