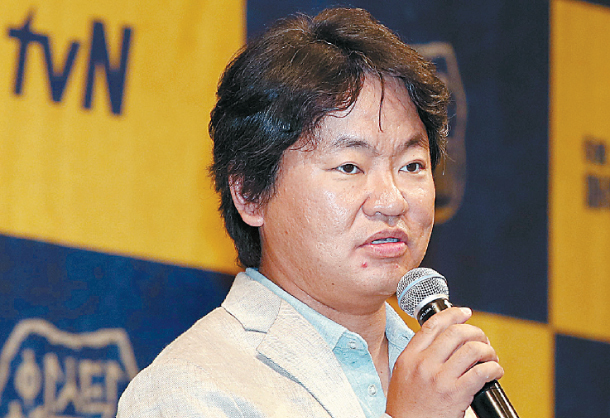 Director Kim Won-seok finally provided some answers to the press on Tuesday via email, after Part 2 of the much-disputed tvN series “Arthdal Chronicles” came to an end on Sunday.

In the email, the director wrote that he had expected both strong criticisms and favorable responses from the viewers, because he was diving into a genre that no local TV series had tried before. “I will try to do my best to heed to people’s suggestions in the rest of the episodes,” Kim said.

“Thankfully, however, the actors have been largely satisfied by how the series has turned out,” the director said.

Kim noted that his first goal for the show was to get the audience to sympathize with the characters’ situations, although they are set in fantastical settings. “Each of the characters in the story - Eunseom, Tagon, Tanya, Taealha - are struggling to survive in the hierarchical system of Arthdal,” the director wrote.

“I thought the way they were facing both external predicaments and internal fears was not much different from the concerns of modern people.”

Although that was the director’s original goal, he apologized to the viewers who still felt that the plot was too strange or hard to follow.

As for the controversies related to the originality of the costumes, the director confessed that he had a hard time balancing the designs of the ancient East and the West, which was his intention. Kim stated that he and the design team poured through countless historical records and related video content for reference. When the show’s producers and costume designers considered what would look best on screen, the costumes ended up looking more western than they had planned.

Finally, the director responded to accusations that the production team had violated labor laws, a charge that put the drama in a tight spot in the first place.

Kim said that, as the director, he was responsible for all the “misfortunes that happen on set” and apologized for creating chaos.

Since the Hanbit Media Labor Rights Center reported the issue to the Ministry of Employment and Labor, the team has been strictly obeying government protocol by dividing the crew into two groups, so that one could rest while the other team worked.

“I sincerely believe the working conditions for the crew should be improved,” Kim said on the ending note. “I will make sure that all the staff who works on the show are not forced to face any difficulties due to overwork.”

Each part of “Arthdal Chronicles” consists of six episodes. The final part of the series will begin airing on Sept. 7. During the two-month break, another drama, “Hotel Del Luna,” starring actors Lee Ji-eun and Yeo Jin-goo will air on tvN.