Shame on all of us

Shame on all of us 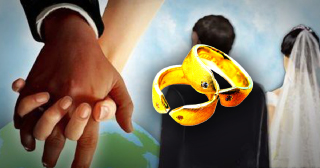 LEE ESTHER
The author is a reporter of the welfare administration team of the JoongAng Ilbo.

“Vietnam: They Never Run Away.”

These signs hanging in fishing and farming villages in Korea were presented as evidence in the U.S. Department of State’s human trafficking report in June 2007. The report defined international marriages in Korea through brokers as human trafficking and pointed out that women from underdeveloped countries in Southeast Asia were treated like exchangeable goods. It exposed how Korean men could choose brides by paying money as if it were shopping. After the international disgrace, the government started to address the issue.

Twelve years later, not much has changed.

The itinerary for a marriage in Vietnam with an international marriage agency is surprising. On the first day, applicants have a group meeting. They pick a bride on the second day and meet the parents on the third day. The wedding is held on that same day.
The couple then get three days as a honeymoon before the men return to Korea. Two or three months later, their wives can follow with marriage visas.

The agency’s website offers photos of young women between the age of 19 and 29, with their ages and names. You can marry a total stranger in a week. If you choose a woman, the agency guarantees a health check-up.

It costs about 15 million won ($12,691) to arrange that marriage. While it is hard to have a simple conversation without interpretation, it doesn’t hinder them from getting married. Depending on the nationality, agencies put a “recommended price” on the women — ranging from 10 million won to 20 million won — and have the parents sign a contract that they are liable for damage compensation if the women run away.
Marriages that are sold and bought with money are unlikely to lead to an equal partnership. Migrant women who come to Korea through marriage are structurally vulnerable to domestic violence.

The government is condoning the shameful marriages now, despite the long criticism from the international community. Yet, some local governments even subsidize the marriage fees paid to the international marriage brokers, justifying that it will boost our extremely low birth rate and help single men in rural areas get married.

How long are we going to neglect the tears of the 15 million-won brides?