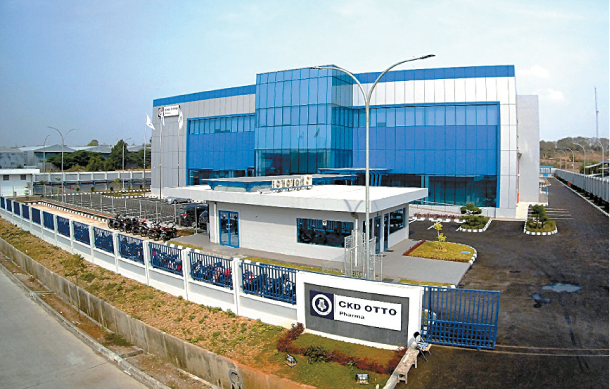 Chong Kun Dang completed construction of a pharmaceutical manufacturing facility in Indonesia, the company said on Wednesday. The 12,588-square-meter (135,496-square-feet) operation cost $30 million and has capacity to produce up to 1.6 million vials of cancer drugs.

The new facility will start mass production of anti-cancer products from this year’s second half as the pharmaceutical unit already gained the regulatory approval in Indonesia for Gemcitabine and Paclitaxel, both used for chemotherapy.

The drugmaker cited a large population and good demand for general drugs and anti-cancer medications as reasons for the move.

“Indonesia has the world’s fourth largest population, with 270 million people, and its pharmaceutical market is expected to grow from 8 trillion won [$6.77 billion] in 2018 to 13 trillion won in 2023,” Chong Kun Dang said in a statement.

The anti-cancer product market is growing at 38 percent annually and currently stands at 230 billion won.

But the company said that the market is hard to penetrate since the criteria for building plants for such drugs remain strict.

The company said that the Indonesian operation will act as a focal point for its overseas expansion as it looks to enter other markets, including Europe and North America.

At the ceremony marking the completion, both company officials and political heavyweights were present, including Health Minister Nila Farid Moeloek and Penny Lukito, head of the Indonesia Food and Drug Supervisory Agency.