Do you know BTS?

Do you know BTS? 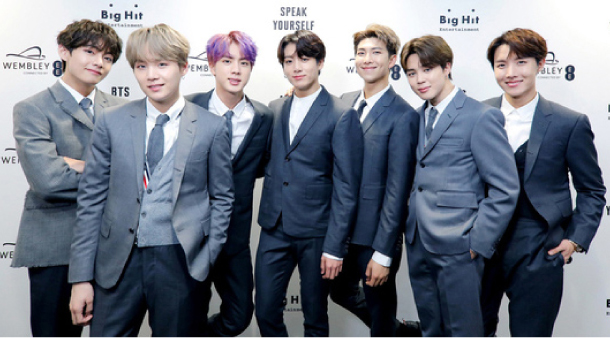 At the 2019 Culture Communication Forum on July 2, 18 contents specialists from 10 countries, including the United States, Canada and Japan, got together to discuss the direction of Korean culture. In the two-hour discussion, the word that was most frequently mentioned was K-pop boy band BTS.

Indian filmmaker Shakun Batra said that he shot a commercial recently and was told that he must use a BTS song in the background. He added that he realized how popular BTS is among young Indians, and his 11-year-old niece loved the commercial even if she doesn’t like his films. When asked about the Korean artists he would like to collaborate with for his next film, Chinese filmmaker Yusi Cheng said he wanted BTS.

Russian film director Ilya Khrzhanovskiy said he also wanted BTS. Bronwen Maddox, director of a UK think tank on U.S.-UK relations, said that her daughter loves BTS so much that the family spent a vacation in Korea. She added that she follows BTS on social media from the other side of the planet, and it felt like having seven Korean sons. She said that their music is superb and they have the natural talent to be close to any country.

Some opposed the flow of the discussion. German photographer Andreas Muhe, who adheres to analogue projects, said that content using digital technology spreads and disappears too quickly, and while BTS could become popular thanks to digital culture, he asked what would happen in ten years. Surprisingly, Korean folk song master Lee Hee-moon had an answer. “We still enjoy tradition today because it was the hottest content at one time.”

K-pop could become traditional culture someday. Teenagers today rave over a movie about Queen, a popular rock band that has become legendary.

In the future, when introducing Korea to foreigners, I will always proudly ask “Do you know BTS?”