Next Silicon Valley to be at Tomorrow City, Incheon

Next Silicon Valley to be at Tomorrow City, Incheon 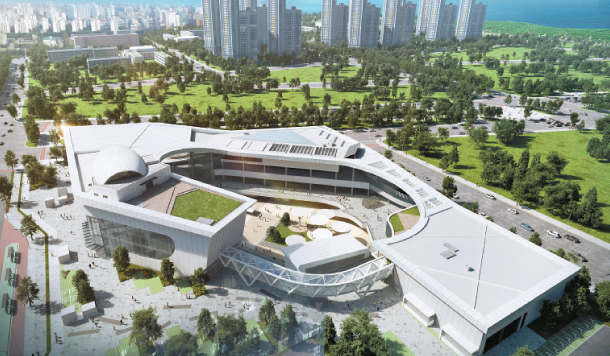 A computer image of the “start-up” park to be built in Incheon, Gyeonggi. [MINISTRY OF SMES AND STARTUPS]

The latest Silicon Valley will be located in Incheon, in buildings at an underutilized city of the future.

On Thursday, the Ministry of SMEs and Startups announced that it chose the western port city as the location for its “start-up park” project.

The government had been reviewing 14 possible locations since March for the incubator park, which will host not only start-up companies but also research institutes, universities and investors.

It said that it chose Incheon as the city proposed using an existing unused building complex and provided plans to promote businesses centered on IT, biotechnology and smart-city industries.

In its bid, Incheon suggested using the park to host a testing ground for KT and SK Telecom’s 5G network and self-driving vehicle services. The city also argued that its plans to develop an industrial site hosting biotechnology companies will help bio tech start-ups.

The park will be in Songdo and make use of three buildings at the existing Tomorrow City complex. It will be 17,250 square meters (4.3 acres) in size.

According to the SME Ministry, the central government will provide 12 billion won ($10.2 million) for the project, while Incheon will commit 6 billion won in cash and Tomorrow City structures valued at 114.8 billion won.

“The start-up park will be an innovative location for regional business people, investors, universities and researchers to work together,” said an SME Ministry official. “The ministry will work actively with Incheon to ensure that the [park] becomes a successful example of promoting innovative start-ups.”

The government added that Daejeon, which lost out in the final round of the bidding for the project, may develop its own start-up park.

The SME Ministry said that it will decide whether to provide support for the development of other start-up parks.