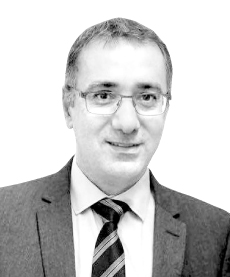 Gilad Cohen
The writer is the deputy director general and the head of the Asia and the Pacific Division at the Foreign Ministry of Israel.

The president of Israel, Reuven Rivlin, will arrive in Korea for a state visit on July 15. This presidential visit, which will be the first since former President Shimon Peres visited in 2010, underscores the significant upgrade in relations between the two countries.

Israel and Korea, which established diplomatic relations in 1962, have many commonalities: Both are democracies, both peoples have a history going back thousands of years, and both suffered from difficulties in the modern era until achieving independence in 1948. The two states also have geopolitical similarities: Both are allies of the United States (Korea and the United States have had a defense agreement since 1967 and 28,000 U.S. troops are currently deployed on Korean soil), and both are facing military threats that necessitate large investments in the security field.

Rivlin’s visit, at the head of an Israeli business delegation, will contribute to the promotion of Israeli exports, as well as trade between the two countries, which has been rising steadily in recent years and amounted in 2018 to more than $2.5 billion.

Israel and Korea are in the final stages of signing a Free Trade Agreement (FTA), an agreement of great importance to both Israeli consumers and exporters.

As a result of signing the FTA, taxes on Korean products in Israel — such as Korean vehicles, LED screens, refrigerators and mobile phones that can be found in almost every household in Israel — will be reduced considerably. In Korea, too, customs duties on imported Israeli products will be reduced; thereby the agreement will also contribute to Israeli exports.

Korea’s economy, with a population of around 50 million people, is ranked 11th in the world. It is the world’s largest shipbuilder, the world’s third largest electronic products manufacturer and the world’s second-largest semiconductor manufacturer.

During his visit to Korea, the president plans to see various sectors of the Korean economy: science, technology, agriculture and health. The delegation of Israeli executives who will accompany the president represent companies in the fields of information and communications technology, digital health and “smart mobility” in the automotive industry. Israel can contribute to Korea through its innovative high-tech and its unique knowledge. It can also learn from Korea’s excellence, precision and sophistication as one of the world’s great economic and technological powers.

Last year saw a 20-percent increase in Korean tourism to Israel, and we hope to see more and more Korean tourists here. Three weekly direct flights between Seoul and Tel Aviv by Korean Air, and the fact that there is no need for visas helped to greatly increase the volume of tourism, business and investment.

By the way, Korean Air was the first Asian company to start direct flights to Israel in 1995, and Samsung was the first company in Asia to open an R&D center in Israel.

In the security field, the two countries maintain good cooperation, and Israeli security industries operate extensively in Korea. We welcome this cooperation and aspire to strengthen it further.

In the past year, we have witnessed the efforts of South Korea, the United States and the international community to reduce tensions on the peninsula, and Israel is following these historical processes with hope that they will lead to the full and verifiable dismantling of the weapons of mass destruction manufactured by North Korea.

The president’s visit is an excellent opportunity to strengthen diplomatic, security, economic, technological and scientific cooperation with a great and true friend of Israel in the Asian region: South Korea.