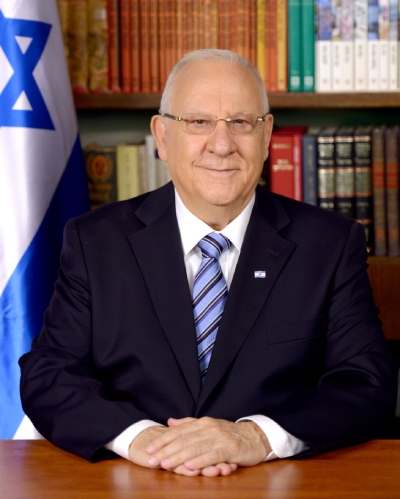 Korea’s education is a model of excellence for the rest of the world, President of Israel Reuven Rivlin told the Korea JoongAng Daily on Sunday as he began his visit to Korea.

“The results achieved by Korean students are truly world-class and are something to be proud of,” Rivlin said. “In countries where natural resources are limited such as Korea and Israel, investing in human capital is critical, and Korea is a model for education for excellence all around the world.”

Rivlin is the first president of Israel to visit Korea since Shimon Peres’ visit in 2010. In his stay through Thursday, he is scheduled to meet with the heads of universities and corporations to build ties in business and research in the ICT, healthcare and AI sectors.

He will meet with President Moon Jae-in at the Blue House today.

“I am delighted to be here in Korea, and to meet with President Moon and many others,” Rivlin said. “In the field of innovation and technology, I believe our two economies are a natural fit for each other, and that we can strengthen each other by working more closely together. In the field of education and research, I believe that we both have much to learn from each other.”

Rivlin spoke to the Korea JoongAng Daily about Israel’s ongoing discussions with Korea to sign a Free Trade Agreement (FTA), Israel’s position regarding the denuclearization of North Korea and possible cooperation with it once it is nuclear-free, as well as domestic issues such as mandatory military service.

Q. The Israeli and Korean governments have agreed on the need to sign an FTA for years. What are the challenges, and in what areas of the Korean economy are Israeli businesses and investors interested in furthering cooperation?

A. I know that we are working tirelessly on the agreement, and I hope the negotiations are concluded soon. When it is signed, the trade between our countries will be even smoother in a wide range of fields. I hope that Israelis will be able to enjoy Korean products such as cars and electronic goods at even more competitive prices and that you will be able to work even more closely with Israeli technology as well enjoy some of the wine and agricultural products for which Israel is famous.

Tel Aviv is famous for being a start-up city. Do you think Israel’s start-up success is a formula that can be exported to other countries, including Korea?

I don’t believe there is a formula for our success, but rather that it grew out of the specific challenges we faced and the way we found answers. I do think there are certain characteristics that Israelis value that help us find innovative solutions. We like to ask questions, we like to discuss and we like to disagree with each other as we look for answers. That creates a culture that is suited to solving problems.

Israel and South Korea have cooperated on sharing missile-detecting radar technology. What areas of military cooperation have been in place between the two countries lately?

As countries who have close relations and who both face a range of challenges, we work together on issues of mutual concern.

Israel’s water irrigation technology and its application in farming has been noted by other nations. Will Israel be interested in sharing this technology with North Korea, if an opportunity should arise in the future following some form of unification or rapprochement of relations between the two Koreas?

North Korea is currently under international sanctions, and until their behavior changes in such a way that the sanctions regime is changed, our policy will remain the same. We hope for a time of peace on the Korean peninsula. Only complete, verified and permanent disarmament will allow people to live in freedom, to put conflict behind them, and to build a better future together. That is my hope for our region and for yours.

At this point, Israel does not have relations with North Korea. If and when the situation changes in the future, that may become a possibility.

Many Korean parents are interested in the education system in Israel. Do you think it can be exported for adaption in other countries?

Firstly, let me say that I believe that Israel has just as much to learn from the Korean education system as you do from the Israeli system. The results achieved by Korean students are truly world-class and are something to be proud of. In countries where natural resources are limited such as Korea and Israel, investing in human capital is critical, and Korea is a model for education excellence all around the world.

The religious education system in Israel, as well as the secular system, encourages students to ask questions and to discuss answers openly with their classmates and teachers. We are also not afraid to take risks, and to accept that failure is sometimes part of the process.

Korea is a country with mandatory military service. The military exemption of Haredi in Israel has become a political issue in recent elections. Does the government of Israel have plans to pass a new conscription bill and no longer exempt Haredi from military service?

Israel has had mandatory military service for all citizens, men and women, since our establishment. For many young people, it is a very positive experience to develop skills and expertise that they carry into civilian life.

In some cases, certain people are exempt from service, including some ultra-Orthodox people. Israel is committed to finding ways to allow all those who want to serve and are able to do so to find a place in military or civilian national service.

Are there certain types of Korean food, music, arts, traditions or forms of culture that you enjoy already or you are looking forward to learn about during your upcoming visit to Korea?

I am very much looking forward to experiencing all aspects of Korean culture and art on my visit. It is a great source of sadness that my wife Nechama, who passed away recently, will not be with me. She was a great lover of art in all its forms, and taught me almost everything I know. Often on visits overseas she would find time for us to enjoy a gallery or exhibition of local art.