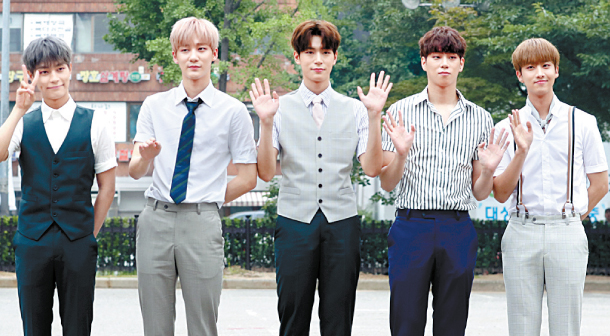 The band’s fourth EP, titled “KNK S/S Collection,” comes six months after its third EP, “Lonely Night,” and will “show fans something completely different than what they have seen in the past,” according to the agency.

“They have made a big leap in their career with 220Entertainment, and will present themselves anew as artists, completely different from the style they have shown before,” the agency said.

“KNK S/S Collection” features three tracks, including the lead song “Sunset” and two others, “We Are The One” and “Fade.”

KNK made its debut in March 2016 under YNB Entertainment, but parted ways with the agency when it closed in November 2018 due to fiscal hardships.

The band released its previous EP, “Lonely Night,” without an agency.