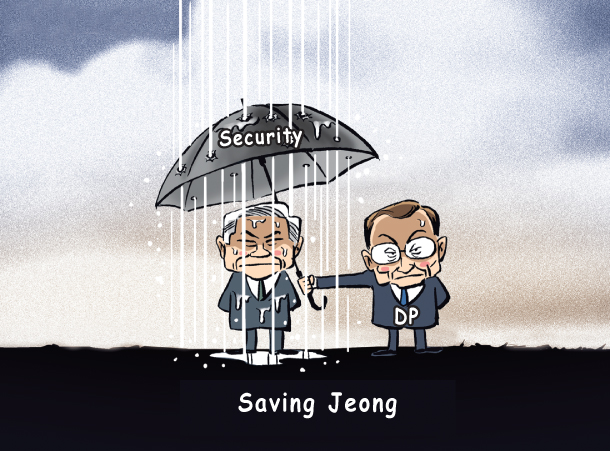 The ruling Democratic Party (DP) is bent on protecting controversial Defense Minister Jeong Kyeong-doo from opposition parties’ attacks on him for lax security and military discipline. The opposition has submitted a bill aimed at dismissing the minister, but the DP refuses to put the bill to a vote in the National Assembly.