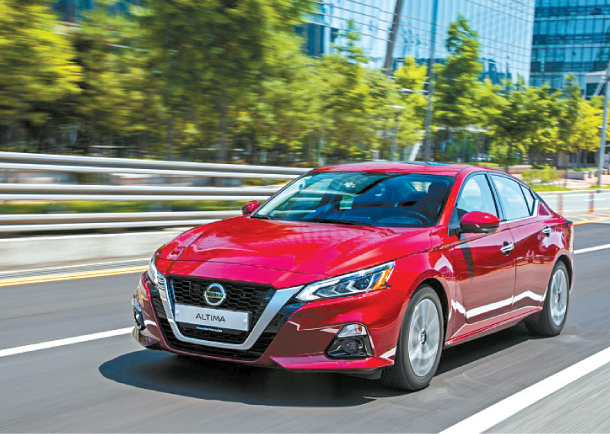 Nissan Korea quietly launched the sixth-generation Altima in the local market amid growing calls among Koreans to boycott Japanese goods.

The new Altima, taking design cues from the Nissan V-motion 2.0 concept car, is 25 millimeters (0.98 inches) longer, 25 millimeters shorter and 25 millimeters wider than its predecessor, the Korean unit of the Japanese automaker said in a statement Tuesday.

With increased width and length, the all-new Altima offers drivers better surrounding views and a sportier look than the previous generation.

“The new Altima is a signature midsize Nissan sedan that has a combination of sensual design works and the automaker’s innovative technologies,” said Nissan Korea CEO Huh Sung-joong in a statement.

It also comes with an additional 7-inch display that provides information about driving and the status of car.

The company announced the new car with just a statement on Tuesday, amid growing calls in Korea to shun Japanese goods.

The Korean unit of the Japanese automaker was supposed to hold a test drive event for the new Altima for reporters Tuesday but canceled a day prior to the event.

Last year, Nissan Korea reported an operating loss of 14 billion won on 210 billion won in sales, down 25.6 percent from a year earlier.