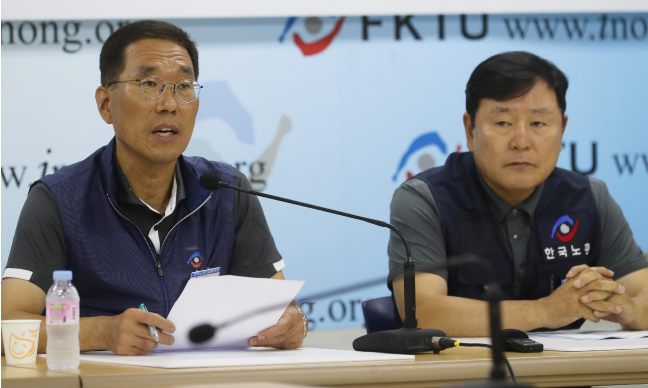 Federation of Korean Trade Unions (FKTU) President Kim Ju-young, left, objects to the Minimum Wage Council’s decision to raise next year’s wage by 2.9 percent at FKTU headquarters in Yeouido, western Seoul on Wednesday. The FKTU asked the council for renewed deliberations on next year’s wage, arguing that it is too low. [YONHAP]