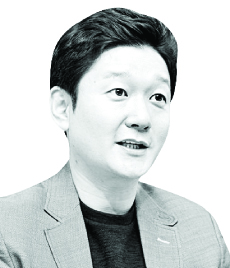 Cho Young-tae
The author is a professor of demographic studies at Seoul National University.

Last week, I visited Hanoi, Vietnam to discuss how to utilize the population for national economic growth with the Vietnamese government’s census bureau, where I serve as a policy adviser, and to attend an event commemorating the World Population Day on July 11. I visited Hanoi just two months ago, yet I could not help being surprised for two reasons. The first was the rapid speed of development and the other was the notable presence of Korean companies’ advertisements all over the city.

It was not hard to notice advertisements from Korean companies. I had an impression that nearly all leading Korean companies, banks, electronics, construction, chemical, steel and insurance, were leading the growth at the center of Vietnam. When Korean technology met young and dynamic Vietnam, I felt that nothing was impossible, as it was when Korea was growing. Many storefronts on the street had “Han Quoc,” the Vietnamese word for Korea, in their signs. There were many shops selling Korean or Korean-style goods. How about goods from other countries? I could not find many.

Then, will Vietnam continue to grow and Korean companies and the Korean Wave continue? At least, Vietnam’s growth is expected to continue. The Vietnamese census bureau and my office’s joint project for the next two years is an example. In the past 20 years, the Vietnamese government has put family planning at the center of population policy. But this year, the Vietnamese government changed the direction. The population policy is now focused on finding out what is most appropriate for Vietnam’s sustainable economic growth to know how many people live in which area and with what characteristics and from when. This case shows how Vietnam is dedicated to economic growth and how feasible it is.

But without efforts, there is no guarantee that Korean companies will always be at the center of Vietnam’s growth. Now is the first stage of economic cooperation, and since Korea is the biggest trade partner, Vietnam’s dependency on Korean companies is very high. Soccer coach Park Hang-seo’s leadership was enough to project a good impression of Korea to the Vietnamese people. However, national image and feelings toward companies can change quickly. If a company once had an image for only seeking profits, it is nearly impossible to change people’s minds. Therefore, to continue Korean companies’ success in Vietnam’s continued growth, it is necessary to contribute to Vietnamese society and culture in addition to pursuing profits.

It is called corporate social responsibility, or CSR. As Vietnam is at the early stage of economic growth, the demands for CSR have not been so high. But that doesn’t mean CSR is not necessary. Instead, as Korean companies make more and more profit, they should have greater CSR. Now, companies cannot thrive only with an image associated with Korea. Technology is the most important, but another crucial factor is returning the profits to society. It will not only enhance corporate image but also raise the value, and Korean companies will be able to be a part of Vietnam that will surely grow. Corporate social responsibility is not just limited to big corporations. It also applies to countless small and mid-sized companies and local Korean communities in Vietnam.

Many people ask me how to bring money made in Vietnam back to Korea. I ask why they want to bring profit home. I tell them to invest and spend more in Vietnam. If Vietnam is only considered a money-spinner, the two countries’ honeymoon won’t last long.