Has the power of ‘Produce 101’ finally run out?: As K-pop fans grow tired of audition shows, networks seem to be slow to change

Has the power of ‘Produce 101’ finally run out?: As K-pop fans grow tired of audition shows, networks seem to be slow to change 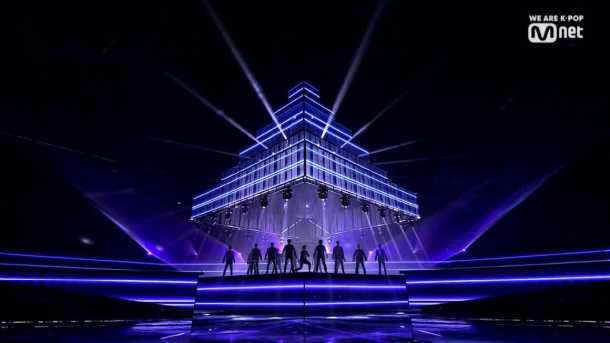 The final episode of Mnet’s audition program “Produce X 101” will air its finale tonight. The final group’s 11 members will be announced. [MNET]

Many were wary of the success of the fourth season of Mnet’s popular audition program “Produce 101” - this time titled “Produce X 101” - and it turns out, their concerns were warranted. While the show’s last episode airs tonight at 8 p.m., this season has failed to grab the attention of K-pop fans in the way that earlier editions had in previous years, even causing concerns about the debut of the project boy band that will be made up of the winning contestants.

“Produce X 101” began on May 3, featuring 101 hopefuls hoping to become the next Wanna One. The rules are the same: Sing and dance your way to the final 11 slots of the debut group, and debut with the backing of entertainment behemoth CJ ENM. The show’s producers did add new programs and events to the show, but the competition remains essentially the same.

Up until the show’s most recent episode, it averaged a 2.2-percent viewership rating. The show’s highest ratings came during the ninth episode on June 28, when it scored a 2.5-percent rating. That is significantly lower than the highest viewership from season one, which was 4.4 percent, and season three, which was 3.1 percent. It’s even less than half the highest viewership rating from season two, which soared up to 5.2 percent. Fans are doubtful that the final episode will see much of a jump in viewers on Friday.

People point to different reasons for why “Produce X 101” was fated to fail, but the fact that the show is in its fourth season is its biggest flaw of all, according to pop culture critic Kim Heon-shik.

“People have become used to it,” he said. “The producers try new things, like bringing in a new level and tweaking things here and there. But as long as the overall format stays the same, people stop enjoying it because they know what to expect.”

For instance, according to Kim, the “Superstar” series, another audition program that aired on Mnet, started seeing a decline in its ratings in the third season. The show gave birth to some of the biggest stars today within the first three seasons of its show, such as singer Seo In-guk, Heo Gak, Jang Jae-in, Kang Seung-yoon (currently a member of boy band Winner) and John Park. The third season alone introduced the country to the bands Ulala Session and Busker Busker, while singers Roy Kim and Jung Joon-young made their debut during the fourth season. The series ended in 2016.

“JTBC [changed things up] with their latest show ‘SuperBand’ by taking the audition format and making a band [instead of a pop group]. It’s refreshing and it’s working,” Kim said.

Culture critic Ha Jae-geun agreed, pointing out the overall fatigue among K-pop fans who have seen a slew of audition programs without much distinction between them. “There are so many different audition programs right now, and people are now getting tired of the repetition. It’s already a very crowded market, and it will be harder to make it without something new,” said Ha.

After the success of “Produce 101” in 2016, KBS introduced “The Unit” in 2017, which was soon followed by the JTBC program “Mix Nine” and the second season of “Produce 101.” In 2018, along with season three of Mnet’s “Produce,” MBC introduced “Under Nineteen,” which aired from November to February of this year. A boy band named 1THE9 debuted through the show, but they have failed to produce a hit thus far.

Still, the later half of this year is set to be filled with new audition programs - again on Mnet. Stone Music Entertainment and n.CH Entertainment plan on hosting and broadcasting a global audition show titled “World Klass” in September with 20 young male trainees from around the world. And a show titled “Queendom” will also air on Mnet in the later half of the year. On the show, six rookie girl groups vie for a place to be the next “queens” of K-pop.

“At this rate, it’s highly unlikely that people will be interested in the group that debuts [from ‘Produce X 101’]. The situation might have been better had the previous season done better,” said Ha.

As of now, 20 contestants have made it to the final round. Out of the 20, 11 will make it to the final group that will debut. They will then spend five years together as a boy band. The group is set to be spending two and a half years solely as a group under the supervision of CJ ENM, and will then return to their original agencies and debut respectively, while working as the project band on the side. Online voting closed at 1 a.m. today, but fans can send live votes through text messages during the show.

“Unless Mnet can come up with a huge change, it may be better for them to take some time off doing the franchise,” critic Kim said. “Right now, it’s highly unlikely that the next ‘Produce’ will see higher ratings. If they take longer until their next series, viewers will have a chance to take a break and the channels can spend more time finding the right trainees.”