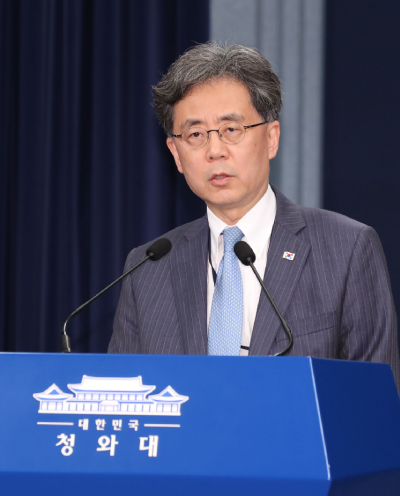 Korea on Friday condemned Japan for having violated international law by restricting exports, refuting Tokyo’s claim that Seoul is responsible for the snowballing diplomatic row.

“It is problematic that Seoul is leaving the situation of violating international law as it stands,” Kono said during the meeting Friday.

He also issued a statement saying Japan will take “necessary measures” against Korea, blaming Seoul for causing the diplomatic row.

Later in the afternoon, Korea made its response. Kim said Japan took unilateral measures restricting exports of materials crucial for chipmaking and other industrial processes, while Seoul and Tokyo are having standard diplomatic consultations to resolve the forced labor issue. 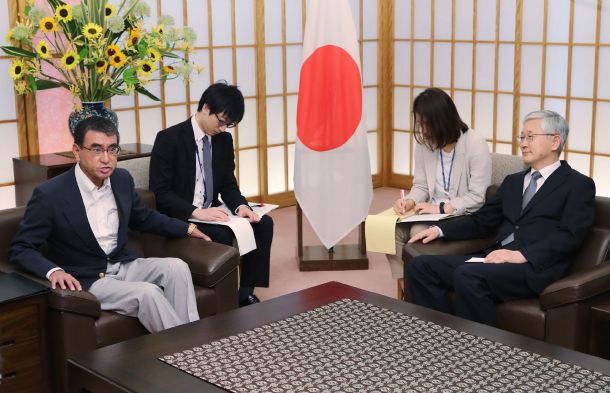 “Since this is a measure that seriously damages World Trade Organization principles, free trade norms and principles advocated by Japan at the recent G-20 Summit in Osaka, it is actually Japan that is in breach of international law,” Kim said.

“In taking export restriction measures, Japan initially cited a breach of trust arising from history issues, before claiming a defect within Korea’s export control system,” he continued. “Today, Japan once again raised the issue of forced labor. It is very difficult to figure out exactly what Japan’s position is.

“In this light, we urge Japan to withdraw unjustified export restriction measures and refrain from comments and measures that could further exacerbate the situation.”

Kim also pointed out that the Supreme Court of Korea had ruled that the claims settlement agreement of 1965 between the two countries did not cover crimes against humanity and violation of human rights against victims of forced labor. “As a democracy, Korea can neither ignore nor denounce this ruling,” he said.

“Moreover, we would like to emphasize that, deep down, it was Japan that initially violated international law by an illegal act against humanity in the form of forced labor,” Kim said.

Korea’s Supreme Court ruled in October that Japanese companies must compensate Koreans conscripted for labor during Japan’s 1910-45 colonial rule, but Japan has refused to accept the decision, maintaining that the 1965 bilateral agreement settled all matters “completely and finally.”

After Korean plaintiffs started legal processes to seize the assets of the Japanese firms in Korea, Japan’s Foreign Ministry sent a request to the Korean Foreign Ministry in May that the two countries form an arbitration panel involving a third country.

Tokyo asked for Seoul’s response by Thursday, but Seoul did not respond.

Clause 2 of Article 3 in the 1965 agreement says that any dispute that cannot be settled through diplomatic channels shall be submitted to an arbitral commission of three arbitrators. The arbitrators are to be appointed by the two countries and a third party.

Kim said Friday that Korea never agreed to the deadline that Japan had “arbitrarily and unilaterally” set. He said arbitration is often a drawn-out legal process that could impede relations between the two countries.

Kim said Korea remains open to a diplomatic solution to the forced labor issue. “We are ready to explore together with Japan reasonable solutions that can be acceptable to the people of our two countries and the victims themselves, including the solution we have already proposed to the Japanese side regarding the implementation of the Supreme Court ruling,” he said.

“Japan needs to make efforts for a true solution, which would be to face the unfortunate history and to try to heal the pain and scars left on the victims,” the ministry said.