Lobbying is not the answer

Lobbying is not the answer 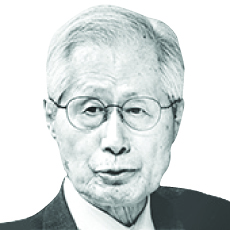 Korea-Japan relations have reached the edge of a diplomatic cliff, starting with the Moon Jae-in administration’s scrapping of the comfort women deal, followed by the Korean Supreme Court’s rulings on wartime forced labor and the controversy surrounding Tokyo’s claim that a Korean warship aimed its fire-control radar at a Japanese maritime patrol aircraft, as well as Japan’s trade restrictions against Korea. The clock is ticking. Japan set the deadline for determining whether or not to remove Korea from its “white list” of countries entitled to fast export processing for its strategic goods to be Wednesday — three days after its upper house election on Sunday.

Blinded by its complacent thought that Tokyo’s vigorous offensive was simply aimed at political gains in the election, the Moon administration failed to notice Japanese Prime Minister Shinzo Abe’s ambition to reorganize the economic and security structure of Northeast Asia. As a result, Seoul could not prepare a strategic countermeasure. Abe is rallying public support for his hard-line approach toward Korea by triggering emotional reactions from Koreans after devising one hostile policy after another to provoke its neighbor based on the support from the conservative and right-wing forces. 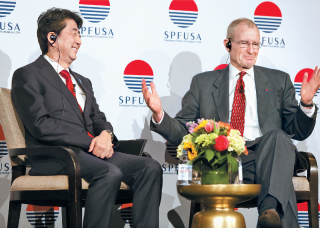 Japan started to lobby Washington from when Theodore Roosevelt was president between September 1901 and March 1909. President Roosevelt played an intermediary role in bringing the signing of the Treaty of Portsmouth, which formally ended the 1904-05 Russo-Japanese War. In 1905, the United States and Japan secretly signed the Taft-Katsura Agreement, through which the United States bargained its control over the Philippines for Japan’s control over Korea.

Before the two events, Townsend Harris — the first U.S. general counsel to Japan — was “honey-trapped” by Tokyo to work for Japan to the extent that he received a warning from the U.S. State Department, asking him whether he was the general counsel for America or Japan. Japan’s lobbying network, including the so-called Japan School, which formed in the United States ever since, is now paying off as the Korea-Japan rift deepens. One large barrier that Korea will face as it lobbies Washington is the Sasakawa Peace Foundation (SPF). Compared to the SPF’s human networks and financial power, Korea’s lobbying skills are near zero. That is why Seoul has no choice but to focus on selling its cause. Korea needs to convince the United States and the international community into thinking that Abe is disturbing the global trade order as much as U.S. President Donald Trump, and through that recognition, force Abe to worry about the boomerang effect of his trade restrictions against Seoul.

SPF’s founder, Ryoichi Sasakawa, was a more eccentric politician and businessman than Trump. After the Pacific War, Sasakawa was said to have been worried that he might not make the list of Class-A war criminals.

He was pessimistic about the Hideki Tojo cabinet’s Pacific War, but he refrained from showing all-out opposition to the war and rose to stardom in Japan’s political and financial circles before being deemed “the richest Fascist” after making money through stock investments, munitions supplies, and international opium trade. Sasakawa, who had only received an elementary school education, was later admitted to an aviation school, went through pilot training and joined the Japanese Air Force. Those experiences led him to donate planes and air fields to the military. In 1942, he won a seat in the lower house after spending loads of political funds. His wartime activities were still not enough to become a Class-A war criminal. He lobbied the occupation forces command. The MacArthur headquarters arrested him on charges of instigating aggression, ultra-nationalism and hostilities against the United States and ordered him to be imprisoned at Sugamo Prison.

The day before Sasakawa was ordered to be sent to Sugamo Prison, a strange scene unfolded in the streets of Tokyo. He marched to the prison behind a brass band playing the “Warship March” and in front of a truckload of supporters cheering for him. He was expelled from public service, but was not referred to the Tokyo War Crimes Tribunal and released from jail following the amendment of the U.S. occupation policy, which stipulated that war criminals who cooperated with the U.S. occupation policy should be put to use. At Sugamo Prison, Sasakawa grew close to many high-profile figures, including Abe’s maternal grandfather Nobusuke Kishi, a prime minister from 1957 to 1960. It was not an exaggeration when Sasakawa said Sugamo had been “the best university” of his life.

Sasakawa’s way of lobbying the legislature with whatever means available led to the enactment of a law legalizing motorboat-race gambling by the lower house in 1951. Sasakawa established the Japan Shipbuilding Industry Foundation and raised trillions of yen annually through his motorboat racing gambling business, which the Japanese, going through post-war despair, went wild for. In 1962, he established the Nippon Foundation as a humanitarian philanthropic organization to financially support scholars and foreign students coming to Japan to study. Numerous Korean students were sponsored by the foundation. A Korean scholar who refused the scholarship said they were offered about 300,000 to 500,000 yen ($2,784 to $4,640). That was a large amount of money in the 1960s and 1970s.

Moon Chung-in, President Moon’s special adviser for diplomacy and national security, calls those scholars and officials the “chrysanthemum group.” The chrysanthemum is the symbol of the Japanese emperor.

In 1984, Sasakawa founded the Sasakawa Peace Foundation USA as a branch covering external affairs in the United States. Its annual budget amounts to $500 million. The SPF was based on the purposes of exchanging scholars, supporting graduate school students and sponsoring educational programs, but it is also the home of Japan’s U.S. lobbying efforts. In 2014, SPF recruited Dennis Blair — a former director of National Intelligence and a retired the commander of U.S. Pacific Command — to be the chairman of the board at SPF USA.

SPF has supported numerous U.S. think tank projects, seminars, lectures and forums, producing U.S. “chrysanthemum group” members. In a recent interview with a Korean media outlet, Michael Green, senior vice president for Asia and Japan chair at the Center for Strategic and International Studies, said U.S. pundits thought that Korea provided the reason for the current Seoul-Japan friction. There are many American experts who think this way.

What about us? We could not even manage the U.S.-Korea Institute, which was supported by our government budget. During Korea’s Yushin era of the 1970s, the Park Chung Hee administration donated $200,000 to $1 million to top U.S. universities, including Harvard, to discourage scholars from criticizing the October Restoration. But the Park government failed to make as big of an impact as it expected due to a debate at Harvard over whether it was appropriate to accept the money. You cannot fix the results of a fundamentally erroneous policy with lobbying. And Korea’s lobbying power is incomparable to Japan’s. That is why Korea better forget about getting America’s help through lobbying.

In 2015, the former Park Geun-hye administration signed an “irreversible” agreement with Japan to compensate for the pains of former sex slaves by creating a 10 billion won ($8.5 million) fund dedicated to supporting the surviving victims with contributions from the Japanese government — without hearing their opinions. The Park administration made the action out of the awareness that the Constitutional Court ruled in 2011 that it was unconstitutional for the government to not make any effort to resolve the comfort women’s claims. Since the following year, the Supreme Court has ruled the government’s inaction to be unconstitutional. On the issue of forced labor, both countries agreed that it was completely settled with the 1965 signing of the Basic Treaty on the settlement of all problems and claims. Later, the Korean government also offered compensations for forced labor victims and the families of deceased.

But in 2012, the Supreme Court sent the issue back to square one after ruling that a diplomatic agreement does not terminate individuals’ right to claim. The problem lied in a statement from Justice Kim Nung-hwan, the presiding judge, who said he “wrote the verdict with the mindset of founding a nation.” It is difficult to diplomatically solve the result of a verdict with a warm heart instead of a cold head.

Japan is making itself look like an unruly person voluntarily disturbing the order of free trade. We need to use a double-edged strategy. On the one hand, we must develop an elaborate strategy and logic, and use it to appeal to the international community. We can continue to engage in diplomatic dialogue with Tokyo by sending Prime Minister Lee Nak-yon as a special envoy, for instance. On the other hand, we must gather all our Japan experts who have personal connections with Japanese politicians, businessmen, journalists and scholars, and use them to convince Tokyo of the need to resolve the conflict through rational conversations.