Lotte Group Chairman Shin Dong-bin stressed that the group needs to earn recognition as a company that does good deeds for it to maintain sustainable growth at the end of a five-day meeting with the heads of Lotte affiliates on Saturday.

Since the second half of last year, the so-called “Lotte Value Creation Meeting” has focused on getting Lotte affiliate heads together to share and review mid-to-long term business strategies. 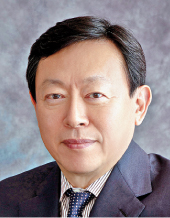 At the latest meeting, industry insiders speculated that there will be intense discussions about how Lotte can overcome difficulties linked with the recent trade conflict between Korea and Japan. Lotte is one of the companies most affected by Korean consumers’ boycott against Japan’s consumer goods that recently broke out after the Japanese government decided to impose export restrictions on key industrial materials to Korea in an apparent retaliation related to a diplomatic row over forced wartime labor early this month.

Lotte Shopping has a 49-percent stake in FRL Korea, which operates Japanese clothing retailer Uniqlo in Korea. Lotte Chilsung Beverage has a 50-percent stake in LotteAsahi, a joint venture with Japan’s Asahi Group Holdings, which imports Asahi beer. Those Japanese brands have been major targets of the boycott.

Shin emphasized that a company needs to gain sympathy from the public to be successful in today’s market where consumers face a flood of new information and products, adding that companies can no longer expect stable growth by owning large and famous brands.

“It is important that we are recognized as a company doing good deeds by customers, employees, suppliers, as well as our communities,” Shin said.

Shin also said that setting quantitative business targets, like maximizing revenue, is becoming a threat to the group’s stable operations.

“Now it has become more important for us to be socially responsible and create bigger values,” the Lotte Chairman said.

Shin encouraged affiliates by bringing up the fact that Lotte was able to survive through crises in the past, including the 1997 Asian financial crisis.