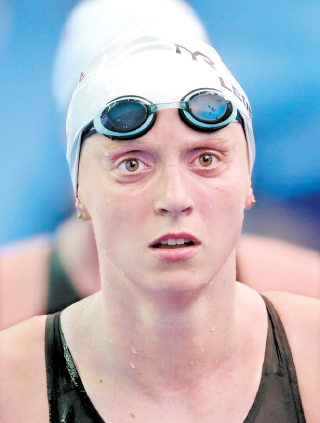 Ledecky was stunned by Australian teenager Ariarne Titmus in the 400 meters freestyle final Sunday, getting denied a chance to win her fourth consecutive title there. Ledecky won the 200 meters free title in 2015 and shared silver with Emma McKeon of Australia in 2017.

Ledecky was trying to sweep the 400 meters, 800 meters and 1,500 meters free titles for the fourth consecutive World Championships, but that bid was foiled at the onset in the 400 meters final. The 800 meters heats will be Friday.

The 200 meters freestyle would have been Round 2 between Ledecky and Titmus, with other established stars Federica Pellegrini of Italy, Sarah Sjostrom of Sweden and Penny Oleksiak of Canada also in the mix.