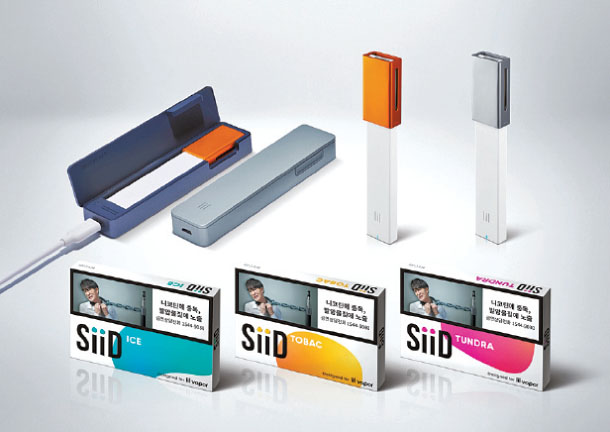 KT&G is expanding sales of its liquid e-cigarette Lil Vapor and its liquid capsules SiiD to all convenience stores in Korea to stay competitive in the growing local e-cigarette market.

The largest tobacco maker in Korea said in a statement Tuesday that a total of 18,074 convenience stores across the country will stock Lil Vapor and SiiD starting Wednesday.

The local tobacco company launched the products at stores in Seoul, Busan and Daegu in May and has additionally sold them in five major cities since earlier this month.

Lil Vapor, priced at 40,000 won ($34), is equipped with so-called “puff signal” technology, which tells users how many puffs are left with a vibration. Users can use a separate mouth cover sleeve to increase the efficiency of the product.

Consumers can refill the e-cigarette with SiiD capsules that cost 4,500 won.