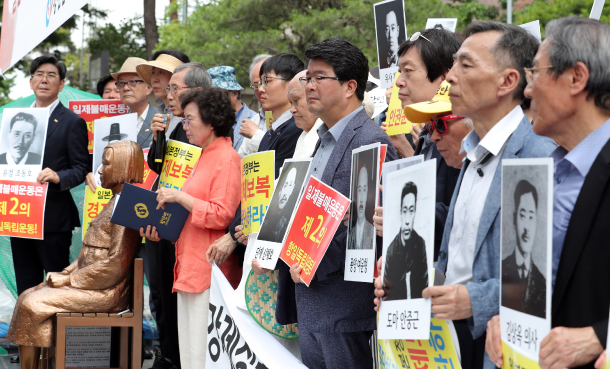 Members of a civic group that commemorates independence fighters against Japanese colonial rule hold a protest near the Japanese Embassy in Jongno District, central Seoul, on Tuesday, demanding that Japan halt its economic retaliations against Korea. They stand next to a “comfort women” statue representing victims of Japanese wartime sexual slavery. [NEWS1]