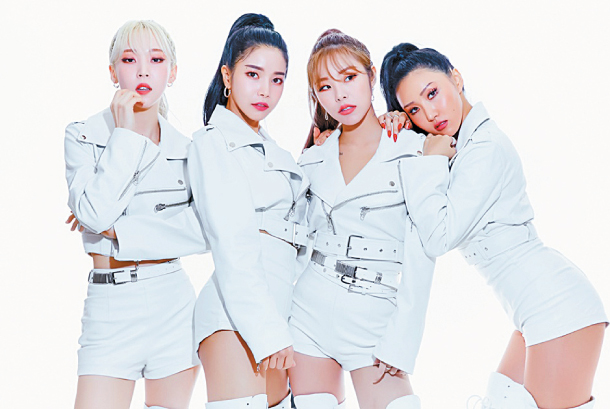 Girl group Mamamoo released a surprise single, titled “Gleam,” on Wednesday evening, a synth pop track that focuses on how the world changes for a person in love.

“‘Gleam’ tells the story of a person falling in love,” the agency said. “With Mamamoo’s exquisite vocals, listeners get to hear the story of how the world I see turns into a colorful one with love.”

Mamamoo will hold a concert in Daegu on Saturday and Sunday to wrap up its “Four Season Four Color” project it began last year.

Member Solar was recently appointed as the honorary ambassador for the 2019 M2 X Genie Music Awards (MGMA) along with Bomi from girl group Apink. MGMA will be held on Aug. 1 at the KSPO Dome in southern Seoul.