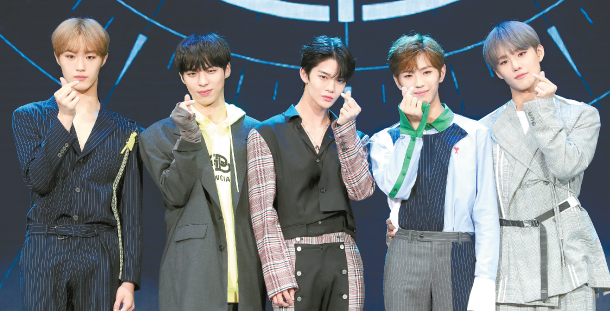 Rookie boy band CIX poses for photos at its debut showcase held at the SK Olympic Handball Gymnasium in southern Seoul on Wednesday afternoon. CIX released its official debut EP, titled “Hello,” on Tuesday. CIX is the first boy band from C9 Entertainment, and member Bae Jin-young, center, rose to stardom as a part of the project boy band Wanna One. [YONHAP]