Director seeks to shed light on a politicized history: Documentary on comfort women issue has drawn ire from right-wing in Japan

Director seeks to shed light on a politicized history: Documentary on comfort women issue has drawn ire from right-wing in Japan 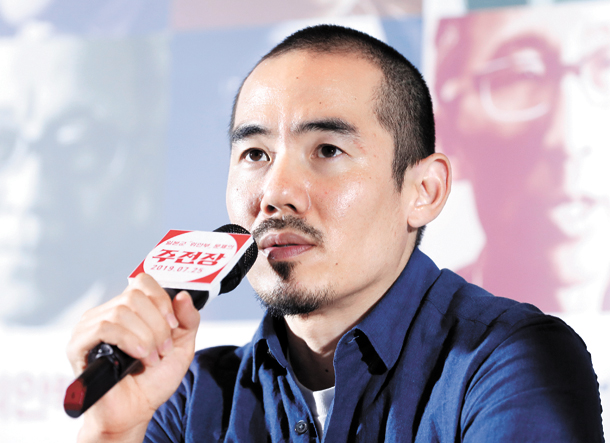 The issue of the so-called “comfort women” - young girls and adult women forced into sexual slavery by the Japanese during World War II - is in the newspapers virtually every day in Korea and Japan.

Historians, politicians and citizens from both countries have been fighting over the details of the issue for decades - but neither side has come to a clear consensus.

While many of the victims have given interviews over the years, sharing their personal account, many Japanese - especially the younger generation - remain unaware of the issue because the government has mostly banned mentions of the topic in national textbooks since 2012.

But when director Miki Dezaki released “Shusenjo: The Main Battleground Of The Comfort Women Issue” in Japan in April, the response from the public was unexpectedly positive, while politicians tried to ban screenings of the movie and threatened to take legal action against the director.

But this wasn’t the first time the director found himself in the center of controversy. In 2013, he was attacked by right-wing internet trolls in Japan after he posted a video titled “Racism in Japan” on YouTube while living there as an English teacher.

While trying to understand why his video touched a nerve and he was being called “anti-Japanese,” he learned that Takashi Uemura, a former reporter at the Asashi Shinbun newspaper, was similarly attacked after he became the first Japanese journalist to cover the comfort women issue. That was when he developed a greater interest in the topic, and as he probed deeper into his research, it became clear to him that the two countries were using the topic for their own political interests, with nationalistic arguments discoloring the truth.

In the film, he questions the accuracy of the reported 200,000 women forced to become sex slaves and how the Korean media tends to exaggerate the ages of the women. But he also highlights an important factor that numerous Japanese politicians point out: If they were paid and allowed to move around their bases, can they be called sex slaves? Were the young women under the complete dominance of the Japanese soldiers?

To answer the question, the director interviews numerous influential Japanese politicians on both sides of the issue and carefully threads their views - from those who deny the existence of these women, to those who say the country did nothing wrong because they had created a legal system for the comfort women to operate within.

Between the interview excerpts, however, he also questions the views of these people by looking up the definition of coercion and dominance, and whether or not what they argue is true.

But when Dezaki started his quest for the truth, he started with a blank slate. He admitted that he had been open to making a film from Japan’s point of view based on his findings. Because of his detachment from the issue and being Japanese-American, an array of influential voices from both countries spoke to him for his film.

Through his documentary, Dezaki hopes both “Koreans and Japanese learn things they didn’t know about each other before.”

The Korea JoongAng Daily had the chance to interview the director after a press screening held on July 15 to learn more details about his debut work. 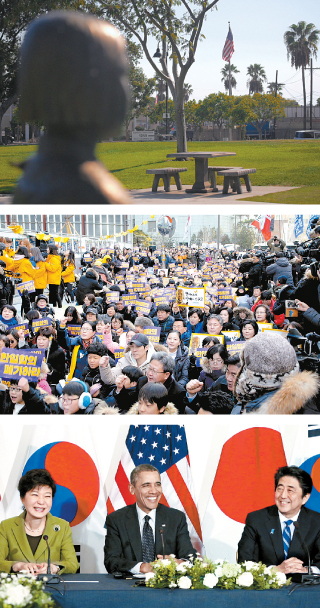 Q. Was there a specific motive behind your decision to make the documentary?

A. Japanese people and even Korean people are at this point now with the comfort women issue - they want clarification, I think. I could tell that they wanted some kind of outside third party to look at it with fresh eyes.

I thought I didn’t want to make a documentary because there are already so many other documentaries [about the issue] but I realized, ‘Oh wait, there’s no film like this.’ There are a lot of films about the comfort women issue but my angle was a little different than what’s out there, so I thought maybe I could contribute to the issue itself.

What I needed to do was cover every single argument that’s being made by both sides, and that was the initial kind of idea. It all started with my curiosity as to why there are people out there who really want to erase this history.

How did you get to interview so many influential politicians and historians from both countries?

Maybe part of it was me being Japanese-American and I am highly aware that was a huge factor in making this film. There were even some Korean interviewees who explicitly said that if I was just Japanese, they wouldn’t have done that. I think being male also helped because Japanese so-called “revisionists” think that men are probably more objective about [this issue].

Was there a reason why you exempted the voices of victims from the film?

I also thought the way I structured the film was how the comfort women issue is discussed at this point. A lot of people are debating, discussing and deciding whether or not this is true. Meanwhile, the voices of these women are fading away and people are forgetting about them.

So it’s a reflection of how the whole issue is but I wanted to go back at the very end and say “let’s try to listen to what they have to say” and go back to the source. I also wanted to respect their testimonies and their voices. I didn’t want to muddle them up with all the other debates.

You also clear up a lot of arguments that some Japanese politicians and historians have been misusing in the film.

Yes, as some Japanese politicians have pointed out, the comfort women may have been paid and allowed to go out sometimes. Or they had some debt and they were told that they can go home after they paid their debt - let’s say they did pay off their debt, they’re [still] out in the middle of nowhere. [The Japanese soldiers] are not going to send a special ship just to bring the girl back home. And some people are saying ‘They could choose sometimes not to have sex with men they didn’t want to’ - that may have been true, but could they say that they didn’t want to have sex with any of them? Probably not. And if they were pregnant, they probably had to abort the baby.

These are types of things I feel a lot of Japanese people are not thinking about and I think part of the reason is that women’s rights and feminism in Japan is not just very strong at all. So, I thought it was important to get this information out to Japan, especially to younger Japanese people.

What was the response from the Japanese audience?

I hear it on Twitter that the response has been really good. The interesting thing is that my distributor said the best thing is that people are saying “not only is this a good movie, but it’s an interesting movie” and that draws people.

I think for the younger people, they’re just blown away by all this information that they had no idea about.

I was concerned that this was really going to flop - a film on comfort women is so taboo in Japan that I thought probably nobody would come and see it. But it became a hit in Japan.

For those looking for English subtitles, screenings are being held at Art Hall Gayatgoeul, southern Seoul. Visit http://www.gayatarthall.com/ for specific screening schedules.