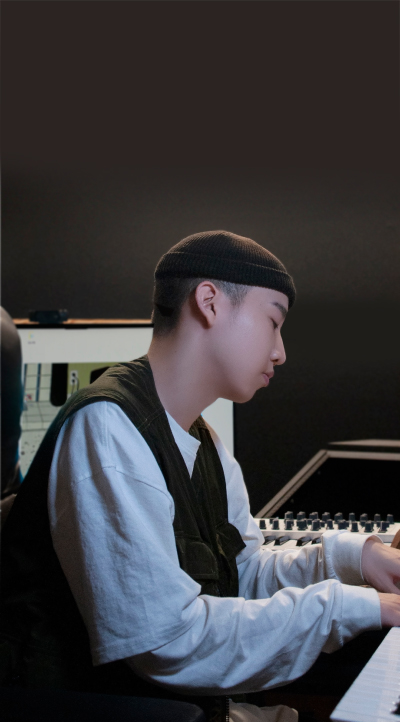 There are a dozen musicians’ names that come up when you search the word “cosmic,” ranging from K-pop girl group Cosmic Girls to indie rock bands Cosmic Salon and Cosmic Abalone. So when producer Cosmic Boy began his music career last year, he began with the question, “Can I call myself Cosmic?”

“I wanted to become someone big,” Cosmic Boy said. “I looked through the dictionary for words to get across that vibe, and there was ‘cosmic,’ which means something related to the universe, something big. I added that with boy, and I got Cosmic Boy.”

The artist got his first production credit three years ago on rapper-producer Giriboy’s “Let’s Drink” (2016). But many think of his 2018 EP “Can I Cosmic?” as his first work, because that’s when he started using his signature sound at the beginning of his tracks - an electronic voice blandly asks “Can I cosmic?” and then the music starts.

Everything began to change in February when Cosmic Boy released his first full-length album “Can I Love?” The nine-track project was for him a chance to realize that people - other than his devoted fans - were beginning to listen to his songs. The album was given 4.8 stars out of 5 on music streaming service Melon, an 8.1 out of 10 on Naver Music and an 8.8 out of 10 on music streaming service Mnet - scores that are not easily achieved by even the biggest stars.

“I’ve actually started hearing my songs on the streets recently,” he said. “Just looking at people’s social media, I realize that there are more people listening to my songs compared to the last EP. And a lot of them like it, which is great.”

Cosmic Boy is a part of the WYBH crew, along with other popular rapper-producers such as Giriboy and Kid Milli, as well as other up-and-coming producers like OLNL, Han Yo-han, Hayake, NO:EL and Fisherman. While he still D.J.s at night at the crew’s parties as a side gig, Cosmic Boy knows that producing is his true calling.

Cosmic Boy sat down with the Korea JoongAng Daily, and talked about his rising stardom career, how to build a career in the digital age and his goals for helping others to achieve their own dreams. The following are edited excerpts.

Q. There are a lot of different jobs in music. Why did you decide to become a producer?
A. Before I started music, I was just living my life without any goals. I didn’t really think much about my life. I thought that if I just kept living the way I did, I would suddenly just wake up married, with children and a house and a car. I lived that way until one day, I saw Park Jin-young (the famed mastermind of JYP Entertainment) producing Wonder Girls’ song “So Hot” (2008) on the internet. And I immediately felt my heart beat fast, like I met my fate. I knew that it was the path I was supposed to take, and that’s how I started.

Did you ever think of pursuing singing or rapping?

I do like singing, actually. I went to the karaoke very often during my young and thoughtless years. I used to sing a lot, especially ballads. I thought that I could make my music and record the guide vocal myself when I sell my songs.

A fellow producer of mine, OLNL, posted a mixtape on SoundCloud. I wanted to work with him when I heard his music, so I emailed him and sent him my work.

He wrote back, saying, “I’ll work with you if you get rid of the person singing in this track.” That person was me (laughs). So I’ve just been focusing on producing, and I think it’s going to stay that way.

Which of your songs do you like best? Which do you think you made best?

There’s this song called “Love” (2019). It’s the first track off of “Can I Love?” There are no vocals in this song. But somehow, the song still has a power that moves people. As for a song that I made well, I think it’s “Can I Love?” the title track of the album “Can I Love?” It’s the most liked out of all my songs, but at the same time it’s not all that common. Youra and Migo add such nice voices to it. 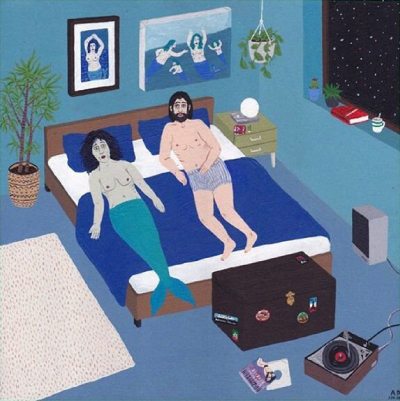 What characteristics do you think your songs have?

I haven’t really thought much about this. But I think the thing about my music is that it isn’t just one particular style. I have a certain vibe that I get across through the melody. I’ve liked ballads since I was younger, and even idol K-pop songs. I’m into jazz, rock, disco, house - everything.

You have a YouTube channel and a series titled “Wasting Talent,” where you show people how you make music from the most trivial sounds in life in just an hour. Do you often get ideas from your daily life?

I think so, and a lot of my songs actually have such elements.

Not all of the sounds I use come from my everyday life, but sounds like a door closing can be a good source of rhythm. I like doing it because it gives a unique depth to my songs.

I plan on shooting more videos like that. I don’t think it’s a secret method or know-how. I just love my job so much. And if people watch it and it helps them, then I would like to continue to do so. The thing is that people have different thoughts and different ideas. So even if I teach them all I know, they won’t be making the same song as me anyway.

In the second episode of “Wasting Talent,” you made a song out of a fan saying “bong bong.” Do you like taking on challenges?

I don’t particularly enjoy it, but I don’t run away from it. I like scientists, because they’re not afraid of failing. They’re always experimenting with something and doing something new. I think music is just the same. If you don’t try anything new and just stay the way you are, you stay static - you don’t improve. I think that challenges are necessary.

How do you describe yourself as a person and as a producer?

As a person, I like to play around with the people that I’m close to. I like people and I give a lot to the people that I like. But as a producer, Cosmic Boy can be quite cold. When I meet someone, I don’t judge them based on whether they’re a good person or not. I judge them solely on their music. So even if they are good people, I don’t hang around with them if I don’t like their music style.

What advice would you give to young people who look up to you?

I hold lessons where I get to meet young kids. And a lot of them ask me [a question] I think is not going to help them at all: how I met all the people I have. Right now, there are good platforms that people can use, like social media and YouTube. If you have what it takes, anyone can find you. If you’re good enough, people will see you and things will happen.

People ask me how I’ve developed the circle of friends that I have now, how I became so lucky. What I want to tell them is that none of this would have happened if I hadn’t been prepared with all my skills. You should try contacting the people that you would like to meet, when you’re skilled enough to give them something in return.

What vision do you have for yourself?

I’ve realized that if you dream too big - even though I do dream big now - then you become more greedy. I think that affects me badly when I’m working. It hurries me and makes me rush things. So right now, I’m just focused on doing what I have in front of me. I don’t have a big goal or a vision. If 10 years from now, my songs are on someone’s playlist, then I’ll be content.