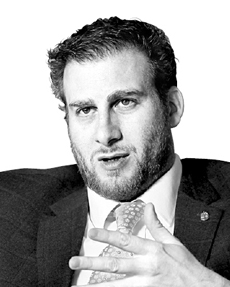 Dr. Aladar Soveny (1914-80) may not be well known, but he is one of the most iconic figures related to Hungarian-Korean cultural ties, and his home country’s first-ever Koreanist, who did scholarly research on Korea. He also served as a diplomat in North Korea, and made many important observations during the postwar years.

Dr. Soveny graduated from Budapest University before World War II, where he had studied the Japanese language, as well as humanities. Soveny started his career as a high school teacher and during the Korean War was appointed as the Hungarian language instructor to North Korean war orphans who were sent to Hungary. From 1951, the leadership in Pyongyang sent thousands of young Koreans to socialist Central European countries to save them from the destruction of the war. The main reason for Soveny’s nomination was his knowledge of the Japanese language. Because the Korean Peninsula had been under Japanese colonial rule just six years earlier, most Koreans spoke Japanese, which eventually became the suitable connective language between the Korean students and the Hungarian scholar.

From scholar to cultural attaché

Dr. Soveny learned Korean very quickly, and started compiling the first-ever Hungarian-Korean dictionary with his students. Meanwhile, the news from the Korean battlefields started to awaken a great interest about Korean culture in Hungary, and Soveny started to translate Korean literary works into Hungarian. Several poems from Yim Hwa and Cho Gi-chun, as well as a novel from Han Sol-ya, were published thanks to his work.

The author of this article learned from an elderly professor at Budapest University that in 1953, the faculty considered providing Korean studies lessons, and Soveny was nominated for the professor position. Yet the Koreanist was not allowed to start his lectures, and the country’s first-ever Korean department was only established over 50 years later. I tried to investigate what was behind the university’s decision and found an archive report that shows that the party officials at the university opposed his nomination for political reasons. However, Soveny’s scholarly work was recognized in various other ways. He received an award from North Korea for his work on the Hungarian-Korean dictionary and from September 1954 was appointed as the cultural attaché in the Hungarian Embassy in Pyongyang.

In the 1950s, the overseas diplomatic service was very different from today’s. The Hungarian Embassy in Pyongyang had a radio telegram connection with Budapest, but it was only used for official communication. The only way to keep in contact with family members in Hungary was by mail.

Dr. Soveny wrote to his wife many times about how he was waiting for new letters: “This week, no mail came. Not only for me […] the others didn’t get anything either. It must be stuck somewhere. We’ve been a bit downcast, but it’s easier to get over bad moods when everyone is facing the same hardships. We keep hoping that, even if our letters are late, they’ll eventually arrive. Today, when I went to town for my afternoon walk, I saw a passenger flight, so we might even get the letters tomorrow morning.”

At that time, three Hungarian diplomats served at the embassy, with four supporting staff members. The embassy building, which was temporarily reconstructed after the war, had one bathroom for all of the employees, but in summer they could enjoy a small swimming pool in the garden. Working hours were rather flexible. The scholar-diplomat wrote the following to his wife: “Work starts at [8:00 a.m.], we have a lunch break from [1:00 p.m.] to [3:00 p.m.], and then from [3:00 p.m.] to [6:00 p.m.], we work again. During working hours, we must be at the embassy, even if we have nothing to do at all. Although, walking around the yard with a pompous face is allowed, and it actually counts as work if you talk to someone. Sleep is the only thing that is not allowed. Besides, we spend half of the working hours in town. You sit in the car, roam around, go back to the office and scribble some notes about what you experienced, that’s all.”

During the postwar years, the center of diplomatic life was the underground classical theater on Moran Hill, which previously served as the bunker of the supreme leadership. According to Dr. Soveny’s letter, 180 stairs led down to the underground level of the theater, where exceedingly large halls were located.

In many of the letters to his wife, the scholar-diplomat wrote about the receptions that were held there: “You wear your neatest clothes and go to Moran Hill by car. At the entrance, some officials are already waiting for you, holding out their hands. You don’t even know who they are, but honestly, it doesn’t really matter. You just have to grin very politely, and say something in any language. You can just murmur some gibberish.

“After walking down 180 stairs, you meet the host and his wife — you have to shake hands with them, as well. And then after that, you have to shake hands with like 150 more people, then you start chit chatting in a wide corridor. Smaller groups of people are naturally organized, and everyone is asking each other who that person is, who this person is. That’s when they also discuss who usually gets drunk during receptions.

“After that, the huge doors open, you walk into the reception room where laid tables await you. Everyone finds themselves a nice place. There are no chairs. You thoroughly check out what food and drinks are offered, but you are not yet allowed to touch anything. It’s time for a speech. The host starts to speak. It lasts about 20 minutes. After that, it is interpreted in Korean, then in Russian what the host babbled about. Applause. The host gives a toast for [Soviet leader Georgy] Malenkov’s health. It’s translated into two languages, everyone drinks. And then you’re allowed to eat. Standing.

“After three minutes, another toast for Kim Il Sung’s health. During the toast, you have to put down your spoon. No eating. Applause, and more drinks. Toasts are continuously given every three minutes. You drink for everyone’s health. If the person giving the toast says ‘kombe,’ [literally meaning ‘dry your glass,’ or cheers,] you have to do a shot. Many people cheat by pouring mineral water into their glasses. There are around 20 toasts during one reception. Sometimes more, sometimes less.

“Tables are full of food. A whole duck is put on the table, and then they take it away to slice it. Newcomers always freak out, thinking that the duck won’t be brought back. What other foods are there […] This paper is not big enough to write it all down, and anyway, you don’t even taste one-tenth of it.”

According to Dr. Soveny’s observations, the biggest receptions were prepared by the Chinese at that time, in close competition with the East Germans. The scholar-diplomat mentioned that the Eastern part of the divided Germany could not acknowledge that their state was not a great power anymore. Because of that, the most delicious foods were found in the East German receptions, where high quality chocolates, cakes, cocoa and pineapple liqueurs were available.

Hunting for tigers in the North

Of course, the arena of diplomatic life in postwar Pyongyang was not limited to the huge receptions. Dr. Soveny wrote in one of his letters that sometimes North Korean officials and intellectuals had visited the Hungarian Embassy for dinner, and three North Koreans had come in the company of their wives. This shows that in the postwar years, the rules of the contact with foreigners were much more liberal in the North than nowadays.

According to Soveny’s letter, one of the North Korean wives was a heavy smoker, but she was quite uncomfortable smoking in front of the others. Although she accepted some of the various cigarettes offered by the Hungarians, she decided to smoke them later at home.

It is interesting to mention that Soveny and his colleagues moved freely in the North Korean capital, and could go to any restaurant they preferred. According to the scholar-diplomat, when they visited a beer house, they were immediately invited to the neighboring tables by the Korean customers. Of course, in light of the present situation, it is hard to even imagine that anything similar happens nowadays.

Reading Dr. Soveny’s letters to his wife, it is fascinating to learn how the diplomats spent their free time in postwar North Korea. The Hungarian diplomats considered going hunting for tigers. According to the official data, wild tigers (panthera tigris altaica) were captured for the last time on the Korean Peninsula in 1935, but after reading the Hungarian diplomat’s letters, it was found that wild tigers could be seen in North Korean forests in the mid-50s.

Soveny wrote the following: “Yesterday somebody brought me a huge tiger fur to buy. There are many tigers living here. The fur was really beautiful, but the ambassador said that its not worthy to buy it, and instead, he suggested for us to go and hunt for a tiger. Hearing this, the ambassador’s spouse got really scared that the tiger would snap at us. In my opinion, even the ambassador was not really keen on standing face-to-face with a tiger, because when I told him that I’m ready to go to hunt on Saturday afternoon, he suddenly became very silent.” 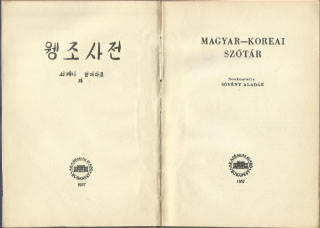 The first-ever Hungarian-Korean dictionary, which was edited by Dr. Soveny. [Mozes Csoma]

Another way for the diplomats to spend their free time was to go shopping. It is quite interesting that many “branded” goods could be bought in postwar North Korea, and they were much more inexpensive than the ones in Hungary.

According to Dr. Soveny’s letters, the diplomats saved their money to buy Zorki cameras, which were the Soviet-made copies of the iconic German Leica cameras. The diplomats also bought Soviet Pobeda wristwatches and Parker fountain pens. As for local products, silk clothes were popular, but they were only available in one color. Soveny also mentioned North Korean shoes; it was possible to purchase handmade ones cobbled by local shoemakers at reasonable prices.

Influence of the 1956 uprising

Dr. Soveny’s diplomatic service was terminated in the late spring of 1956. As it is well known from the pages of history books, in October in the same year, a revolution and freedom fight broke out in Budapest against the communist dictatorship. During the revolution, Dr. Soveny supported Prime Minister Imre Nagy’s revolutionary government, and stood up for the withdraw of the Soviet troops from Hungary. However, after the defeat of the revolution, Soveny was expelled from the Ministry of Foreign Affairs, and only allowed to work as a high school teacher until his death in 1980.

The biggest legacy of Dr. Soveny is the first-ever Hungarian-Korean dictionary, which was finally published in 1957. It was also the first ever Hungarian dictionary which contained East Asian characters. At that time, the Hungarian printing houses could not handle Korean letters, therefore Korean words were printed separately in Pyongyang. One copy of this unique dictionary was recently donated to the National Hangeul Museum in Seoul by the author of this article.