Police called in to check ‘101’ votes

Police called in to check ‘101’ votes

Mnet’s audition program “Produce X 101” has requested a police investigation to be carried out to clear it of suspicions that the show fabricates tally results, according to Seoul Metropolitan Police Agency’s Cyber Bureau on Saturday.

Fans began to object as the contestants who were likely to be nominated as the top 11 were dropped, while unexpected competitors made the cut to be part of the debut group in the last episode aired on July 19. 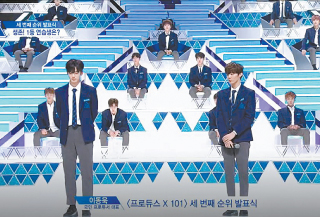 Moreover, viewers found similar number patterns in the votes for the top 20. Based on their observations, fans voiced concern that the votes were fabricated by the broadcaster, and some even warned that they will form a committee and hire an attorney to file suit against the producers of the program. Their anger was fueled even more by comments left by Rep. Ha Tae-kyung of the Bareunmirae Party on his Facebook account, saying that the tally results were “mathematically unreasonable.”

The cable channel responded to the fan’s objections admitting that there were “errors” during the process of tallying the number of votes, but denied claims that the final results were rigged, as the errors had not affected the overall ranking.

When disputes over the matter refused to die down, the organizers announced on Friday that they will “ask for [an] official investigation to be carried out by an external dependable organization.”

The program faces a harsh backlash as the “Produce 101” series became popular because the fate of the contestants rested solely with the viewers. Fans were encouraged to view the show and vote for their favorites.

The police reported that they are in “the process of sorting out case facts.”